Andrew Luck is going to top the passing yards chart

All betting lines brought to you by Bovada.

The amount of passing yards being totaled in today's NFL is unprecedented. Last season, 13 different signal callers racked up more than 4,000 yards through the air. That number reached just ten in 2011. Better yet, only five quarterbacks achieved the feat during the 2006 campaign.

With that in mind, few prop bets will be as fun to follow as passing yards leader. Look out for these quarterbacks:

No one stuffs a stat sheet quite like Brees. Matter of fact, Brees has lead the league in passing yards five of the last six seasons, making him the overwhelming betting favorite in 2017. However, we're not as convinced. 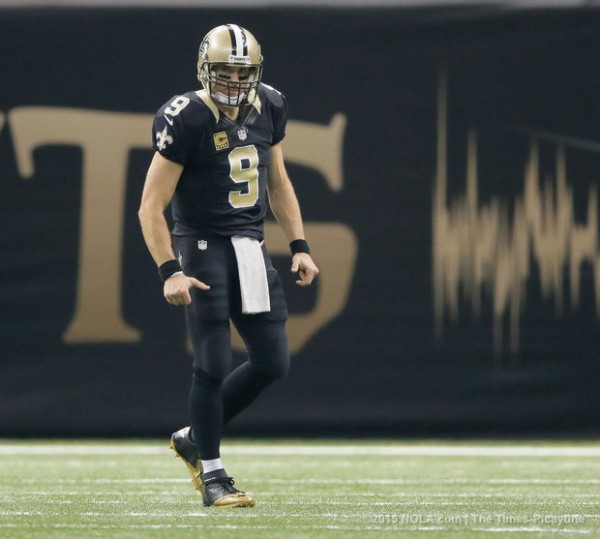 New Orleans had a head-scratching offseason. For one, they signed Adrian Peterson to fortify their running game. No disrespect to "All Day" as they call him, but at age 32, Peterson has seen better days. Peterson demands touches, which means Brees will probably get fewer throw attempts this season.

But even more questionable, the Saints dealt Brees' best target — Brandin Cooks — to New England. Cooks averaged a team-high 15 yards per catch last year, which leaves Brees without a big-play threat down the field.

Brees' loss in vertical threat Cooks is Brady's gain. In a career that's spanned two decades and five championships, Brady has mostly been without a stud wide receiver, excluding Randy Moss. Cooks will be a game-changer for the NFL's great passer, but not enough to win the passing title.

Brady has the ability and weapons around him to finish atop this leaderboard, but we can't imagine Bill Belichick being so one-dimensional that Brady stands in the pocket all year long — the eventual stat leader will easily top 600 pass attempts. No, Belichick will gladly run the ball and keep his soon-to-be 40-year-old quarterback out of harm's way.

Ryan had a historic 2016 season that finished with an MVP trophy. He piled up 4,944 yards to the tune of 9.3 yards per attempt — fourth highest in NFL history. Ryan finished a meager 264 yards behind Brees for the NFL passing yards crown. The difference is Brees threw the ball 143 more times than Ryan. That's just insane.

However, regression is all but guaranteed this year. One, offensive coordinator Kyle Shanahan bolted during the offseason. And two, those passing numbers are all-time great, not the norm. Expect Ryan to regress to the mean.

Not only is Luck a darkhorse, he's our best bet to win this prop bet. Hear us out.

Despite a nagging shoulder injury, Luck still rolled up 4,240 yards in 15 games. He finally went under the knife over the offseason and should be back in top shape (despite missing some time in camp). Two, and just as important, Indy has finally found some stability at the offensive line position. The days of the unit letting Luck run for his life are behind them.

Luck is about to remind everyone why he's one of the NFL's best under center.