In typical England fashion, the Three Lions let a late lead slip away against Russia in their Euro opener. They’ll need to regroup on Thursday when they play a confident Wales team coming off a big victory.

England breezed through the qualifying stages with 10 wins in 10 matches, but its slow start in Group B has many once again wondering if Wayne Rooney and Co. have what it takes to compete with the best in the world.

Once again favored to win, Bovada’s line has England at +245 to defeat Wales by a one-goal margin.

Harry Kane’s leash is getting shorter with manager Roy Hodgson, who may look at other options up front to ignite England’s offence. Kane, a forward with Tottenham, struggled in the opening match. Although he is likely to start against Wales, watch for either Daniel Sturridge or Jamie Vardy to be quick substitutes should Kane falter once again.

Despite Kane’s early struggles, he’s still favored to net the first goal of the game at +350, according to the Bovada line.

Real Madrid star Gareth Bale is Wales’ best offensive weapon and is at +275 to score the team’s first goal. Bovada also pegs England at -225 to open the scoring and +325 for it to happen within the first 10 minutes of the match.

England will play with much more desperation with a lot on the line. Expect Hodgson’s side to rebound with a victory in this one.

Two teams searching for their first victory, there will be a lot on the line when Ukraine faces Northern Ireland in a crucial Group C clash on Thursday.

The Ukrainians dropped their Euro opener after being blanked by defending World Cup champion Germany. The test will be a little easier against Northern Ireland, which is making its European Championships debut and aren’t expect to get out of the group stages.

Bovada has a line set of -230 that Ukraine will score first.

Who will net the opening goal? 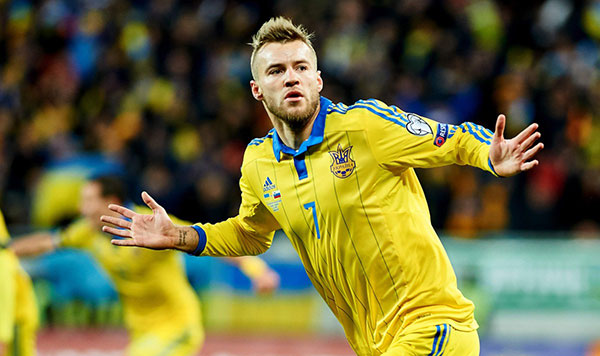 Ukraine forward Andriy Yarmolenko will have a little more room to create offence against a weak Northern Ireland defensive unit. Yarmolenko is pegged at +400 by Bovada to open the scoring. It's a safe bet considering the 26-year-old now has 25 international goals in 59 matches. Yarmolenko is also at +140 to score at any point of the game.

Kyle Lafferty will be Northern Ireland’s best chance of getting on the score sheet with Bovada setting a line of +375 for the Norwich City forward to net a goal at any point of the match.

Ukraine should be able to rebound against Northern Ireland after a tough opening defeat.

The Germans have showed no signs of slowing down since winning the 2014 World Cup. After opening the European Championships with a convincing 2-0 win over Ukraine, Germany will look to put a stranglehold on Group C standings when they face Poland on Thursday.

After recording a clean sheet in their opening match, Germany will face a tougher task against a pesky Poland squad also coming off a big victory.

Both teams are deadlocked at three points apiece in Group C and this game will be much closer than what the line indicates. 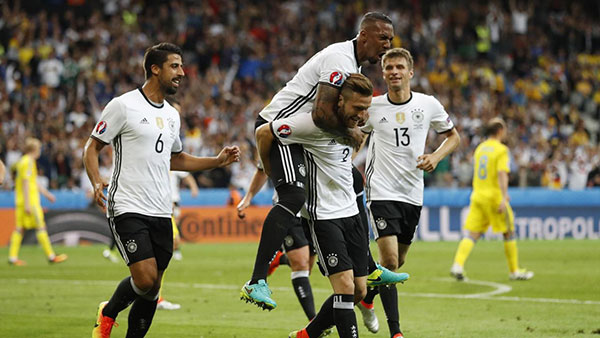 A Bovada game special gives bettors +150 odds that striker Thomas Muller will score a goal and Germany goes on to defeat Poland. Muller came out of the gates a little slow at Euro 2016, but is still a world-class striker that can change the landscape of any match.

Speaking of world-class strikers, Poland has one of their own in Robert Lewandowski, who is pegged at +210 to net his team’s first goal.

Expect a close match, with Germany pulling out a hard-fought victory for the three points.