Which Swedish superstar are you putting your money on - Ottawa captain Erik Karlsson or New York goaltender Henrik Lundqvist? We're here to help you sort it all out, based on the odds provided by BetOnline.ag:

Some will say it's about Karlsson versus Lundqvist. Others will suggest it's a battle for supremacy between Derick Brassard and Mika Zibanejad, the two players these clubs exchanged in a deal last summer. In reality, though, it's a showdown between two teams that can ramp it up and play a fast-break style that should make for fantastic viewing from a spectator's standpoint.

They've met just once in the playoffs, the Rangers rallying from a 3-2 series deficit to take out the Senators in seven games in 2012. New York came back from a 2-1 disadvantage to win three successive games and eliminate the Montreal Canadiens in the first round, and considering that the Metropolitan Division was much deeper than the Atlantic Division, perhaps should actually be favored in this series.

If the Rangers win, it will be because Lundqvist is their best player. He was the last time these two teams met in the postseason, and he was in the opening round against the Canadiens, outdueling Montreal's Carey Price in a showdown of the netminders who met in the gold medal game at the 2014 Sochi Winter Olympic Games.

For the Senators to win, Karlsson must continue to dominate as he did against Boston in Round One. Logging over 30 minutes of ice time per game, Karlsson collected points in five of six games and leads all defensemen in the Stanley Cup playoffs with six points. He's registered at least one point in 10 of his last 14 postseason contests.

The Rangers were the NHL's best road team during the regular season, winning an NHL-high 27 times away from Madison Square Garden, so a lack of a home-ice advantage won't bother them. Besides, they've won 10 of 15 games in Ottawa dating back to Jan. 10, 2009 (10-4-1). 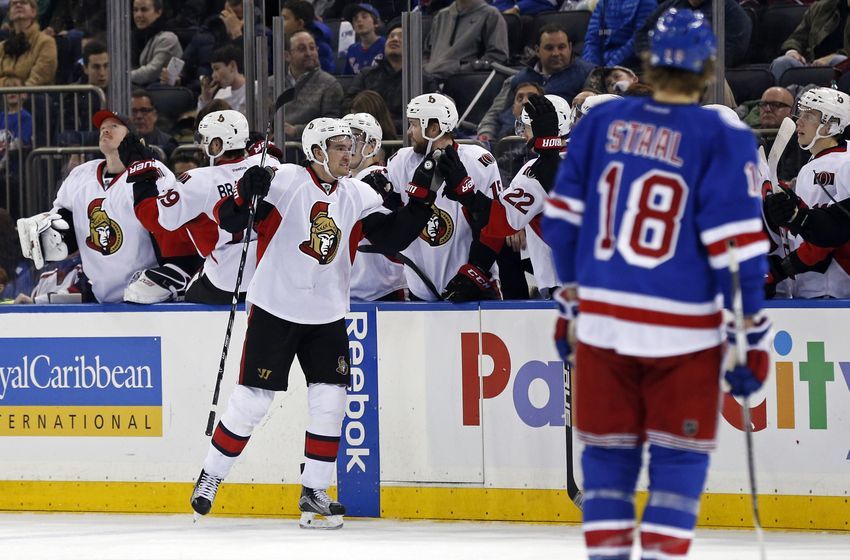 Expect this to be a physical series on the part of the Rangers. They will look to utilize their speed to get in on the forecheck and punish the Senators. The three regular-season meetings between the two teams were all decided by two goals or less and the Rangers have allowed two or fewer goals in their last nine games against the Senators since the begining of the 2014-15 season.

Lundqvist has held the Senators to two or less goals in five of his last six games against them. 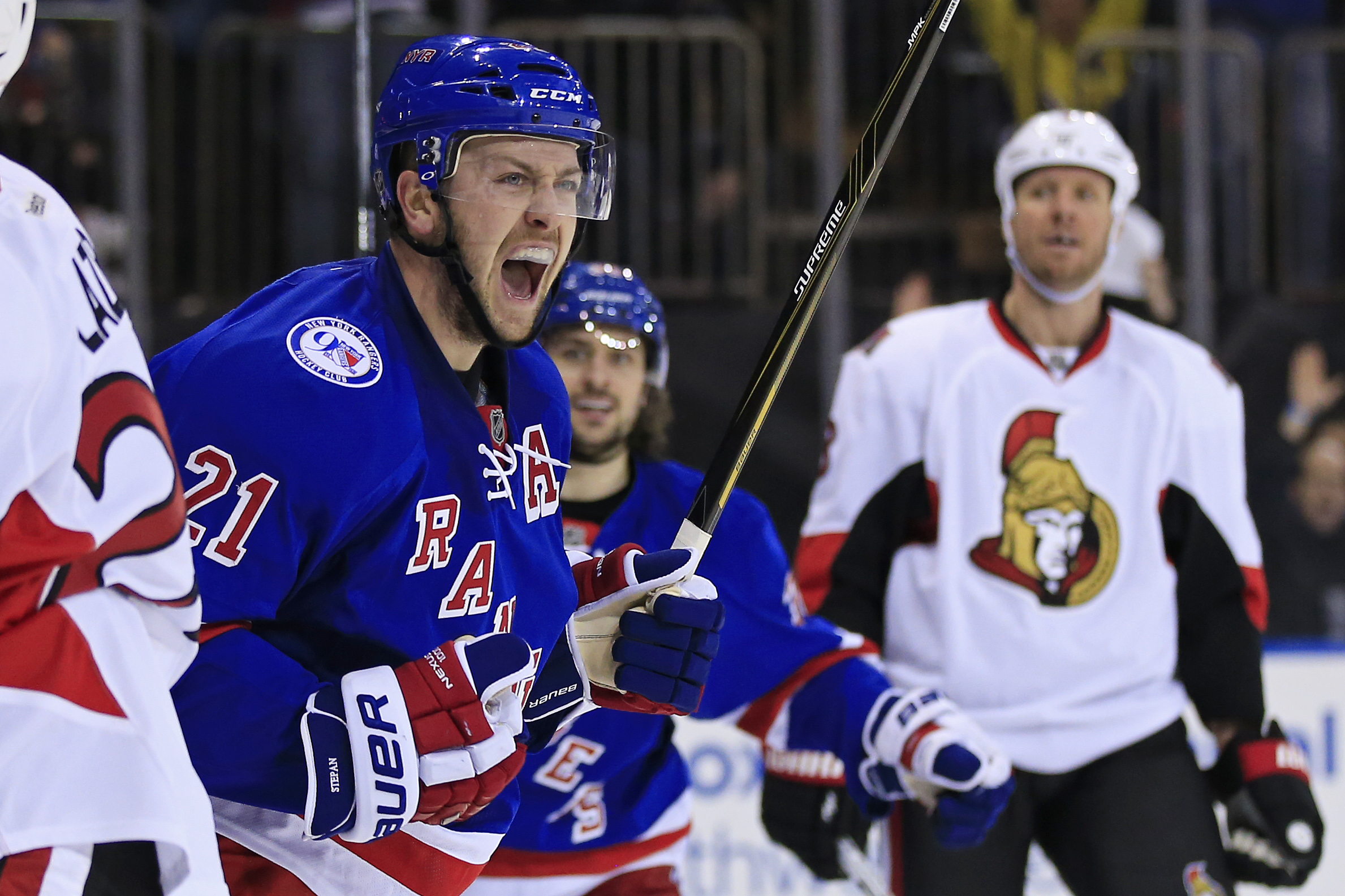 Mats Zuccarello finished off the Canadiens with a two-goal effort in Game 5, a notable performance as he's notched three multi-point performances in his last nine games against Ottawa. At a series total of four points, play the over on Zuccarello at -115.

Rangers forward Derek Stepan posted 4-5-9 numbers in his last 10 games against Ottawa, including two goals in two games this season. With a series total of four, he's a gift on the over at -115.

Pick: The Rangers in six games