With one game between the Boston Celtics and the Washington Wizards in the books, the boys from Beantown own a 1-0 series lead. But the series is far from over. Let’s see which team is poised to advance.

Take the Celtics in a seriest that will go the distance 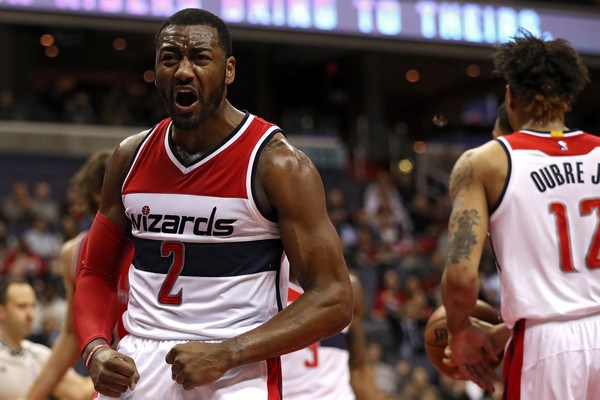 If Game 1 was a sign of things to come for the Washington Wizards, they're not in line for anything good.

Although they jumped out to an early 17-point lead, the Boston Celtics came raging back. And just as their come-from-behind effort peaked, Markieff Morris suffered a sprained ankle that forced him to the sidelines for the rest of the game. Though he wanted to return as the afternoon wore on, the Wizards wouldn't let him. He wants to play in Game 2, but his status is up in the air.

Losing him for any amount of time is a big deal. Along with Otto Porter, Morris is one of the Wizards' most versatile offensive players. He switches a ton on pick-and-rolls and is probably their best isolation stopper—even better than Porter, who has made strides in virtually every defensive category imaginable.

Not having that switchability will be crucial late in games if John Wall isn't up to the task of defending Isaiah Thomas or Avery Bradley. Ditto for Bradley Beal. Morris and Porter can guard just about everyone except for centers, and the absence of Morris throws the entire setup into a tailspin.

But even if the Wizards get Morris back, and even if he's close to 100 percent, they still have work to do. They allowed the Celtics to jack 39 threes in the first game. The fact they made 19 is almost irrelevant. It's the volume that's most deadly.

Allowing the Celtics to shoot that many threes stretches your defensive schemes wafer thin. With so many guys spread out, you're not able to trap as effectively, and you're giving Isaiah Thomas almost wide-open lanes. The Wizards aren't going to win basketball games defending like that. They have to chase the Celtics off the three-point line with timely doubles. They should even consider trapping as soon as the Celtics' primary ball-handler, usually Thomas, crosses half-court.

By embracing these methods, the Wizards are essentially inviting the Celtics to attack the rim. That won't make them feel too good. They aren't brimming with talented rim protectors, and the end result of this approach always seems to be a ton of fouls.

But at least the Wizards can control more variables this way. Collapsing on kick-outs or trying to defend Thomas one-on-one isn't going to work. The devil you know is better than the devil you don't.

Truth told, though, the Wizards could play perfect basketball from here on, and they would still be hard-pressed to win this series. They don't have a lot of help outside their starting lineup. They can get effective minutes in small doses from Brandon Jennings, Bojan Bogdanovic, Jason Smith and Kelly Oubre Jr., but they can't get away with playing three or more of them at once. 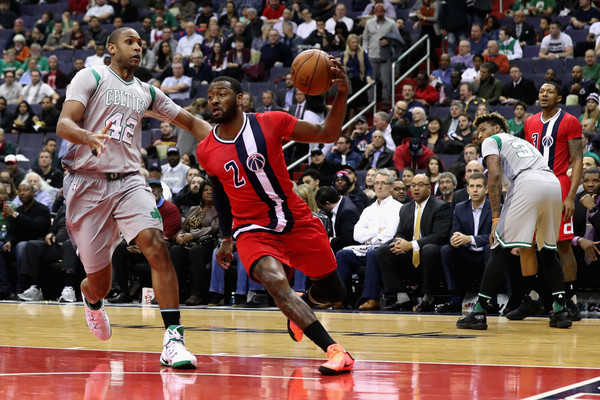 Head coach Brad Stevens has tried to stop the bleeding by using Wall to anchor bench-heavy units. It's not working. The Wizards are coming close to over-extending Wall instead. We saw glimpses of this in their first-round series with the Atlanta Hawks, and we only figure to see more of it now, against the hellishly deep Celtics squad.

To be absolutely certain, the Celtics have problems. They may not be able to shut down the Wizards' pick-and-roll, even when running small. Al Horford can switch a great deal for a big man, but if Washington gets him in a one-on-one battle with Wall or Bradley Beal, he is going to get cooked.

At the same time, don't overlook the Celtics' current five-game winning streak. People who don't appreciate their balance and depth and ability to shape-shift on a whim either haven't watched them or are placing too much stock in the two games they lost against the Chicago Bulls.