This is the Stanley Cup final. Wait a minute, it’s only the second round of the playoffs. That’s immaterial. Whoever wins between the defending champion Pittsburgh Penguins or the Presidents’ Trophy-winning Washington Capitals takes it all.

It doesn't get better than this: Sid vs. Ovi

There's little left to be added to Alex Ovechkin's resume beyond a Stanley Cup. Is this the spring the Washington Capitals captain finally enjoys a mug-lifting experience? We analyze the opportunity, based on odds set by TopBet.eu: 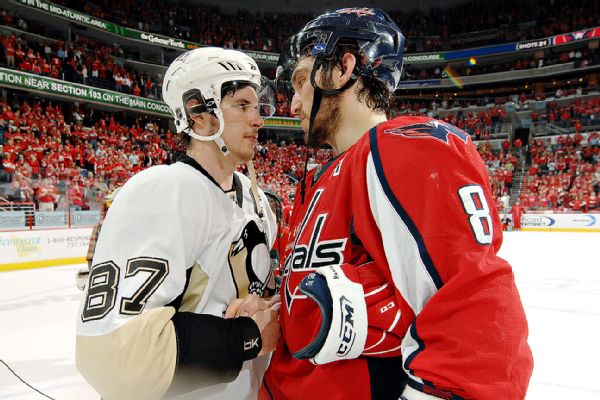 The trophy case at the Alex Ovechkin household is chock full of accomplishments. There are his three Hart Trophies, his six Rocket Richard Trophies, his trio of Ted Lindsay Awards, his Art Ross Trophy and his Calder Trophy. He's been part of three Presidents' Trophy-winning teams.

There's just one bauble absent from his NHL collection and truth be told, Ovechkin hasn't come close to winning a Stanley Cup. He's never got past this round of the playoffs since breaking into the NHL in 2005 but the time for that to finally happen could be upon Ovi. There's just one glaring obstacle standing in his way - old rival Sidney Crosby.

Pittsburgh captain Crosby and the rest of the Penguins ended the season for the Presidents' Trophy-winning Capitals and Ovechkin at this stage of the playoffs last spring en route to a Stanley Cup triumph, just as they did to Ovechkin and Washington in the second round of the 2009 playoffs on their way to Cup win.

In fact, in all four of their Stanley Cup-winning seasons, the Penguins have vanquished the Capitals at some point along the way to grasping Lord Stanley's mug. But don't go blaming all that on Ovechkin.

He was sensational in the 2009 set, compiling 8-6-14 numbers. Last spring, he contributed 2-5-7 totals in six games. Ovi has done his part. It's the supporting cast that wasn't there.

This spring, there are signs that will be different. As Washington bounced Toronto in the first round, Tom Wilson, T.J. Oshie and Justin Williams all scored three times, while Nicklas Backstrom and Marcus Johansson netted a pair of goals apiece, as the Caps got multi-goal performances from a half dozen players, including the three potted by Ovechkin.

Pittsburgh scored 21 goals while blasting Columbus in five games. Even in a tight-checking series with Toronto, Washington still managed 18 goals. The 5.5 total set for Game 1 seems high. It isn't. In four regular-season games, the Caps and Pens combined for 35 goals, and average of 8.75 goals per game. 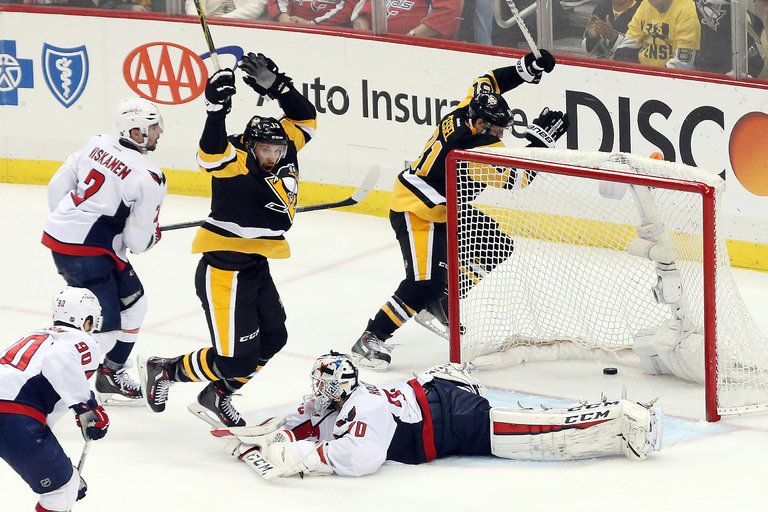 Oshie was a stud against the Leafs, leading the Capitals in scoring with 3-4-7 totals. He might not do that again, but Bovada's series points total of 4.5 seems beatable. Play the over at -115.

Evgeny Kuznetsov continues to be a postseason enigma for the Capitals. He produced three points against the Leafs in the opening round, but in five career playoff series as an NHLer, he's topped three points on one occasion. With a four-point total set for this series, he seems a given for an under wager at -115.

You'll also get 5.5 at the series point total on Ovechkin. Take the over on that wager for -115.

As for the Penguins, Crosby's total is set at seven, and since he'll be dealing with the checking of Nicklas Backstrom, beating that number would appear unlikely. Crosby registered just two assists in last spring's series. Go with the under at -115.

Phil Kessel just can't get any respect. He's garnered at least six points in five of his last six series. Yet the total on him is established at five for this series. Play the over at -115 and Phil will thrill you.

Pick: The Capitals in seven games