Week 22 of the English Premier League has all the ingredients for plenty of goals as some of the best forwards go head-to-head with some of the shakiest defenses in the league. Who will score this weekend? Lets find out.

EPL goalscorers bets to back

Romelu Lukaku to Score for Everton vs. Crystal Palace

Romelu Lukaku is being linked with a £60 million transfer to his old club Chelsea, and when you look at the Belgian’s goal scoring record it is easy to see why such a move is being touted.

Lukaku has played a total of 138 games (plus 11 substitute appearances) and scored an incredible 74 goals in all competitions. Already this season, Lukaku has netted 12 goals for an average of 145 minutes per goal and is currently on a run of scoring in four of his previous five games.

Everton travel to Crystal Palace this weekend, a team that has already seen that back of its own net bugle 40 times in 21 games. Can you imagine how exciting Lukaku is to face a defense that has kept only one clean sheet in the league during the current campaign?

Palace are likely to try and mark Lukaku out of the game, but the big Belgian has far too much quality to allow being man-marked prevent him from scoring. While he may not open the scoring, which is +450 with Bovada, I can’t see Palace keeping Lukaku under wraps for 90-minutes so the +130 on him scoring before full time looks a superb bet.

Harry Kane to Score for Tottenham vs. Manchester City

Manchester City were odds on for the Premier League title after the first six games of the season but now there are those who do not think they will even finish in the top four of the table and win a place to next season’s Champions League.

Scoring goals is not an issue for City – they have 41 goals in 21 games – it’s keeping them out at the other end. The blue half of Manchester have allowed the opposition to score 26 goals past them this season and have only record four shutouts.

Claudio Bravo was brought in during the summer as a replacement for Joe Hart in goal and has been disappointing to say the least. In fact, I’d go as far as saying Bravo could be one of the worse signings in Premier League history.

Now the weak City defense has to cope with a Tottenham side that has won its previous six games and has scored 24 goals in the past eight games. Harry Kane has bagged eight of those goals, including a hat trick in the 4-0 mauling of West Brom on January 14.

Kane may have only played 16 league games this season, but he has managed to write his name on the score sheet 13 times. His average of 105 minutes per goal is the best in the Premier League. He must be chomping at the bit to get stuck into the City backline.

Spurs are likely to bombard Bravo’s penalty area with crosses. The ‘keeper doesn’t look like he could catch a cold and that spells good news for a poacher like Kane. Back Kane at +450 to score first or +130 to put one past Bravo before the referee blows his final whistle.

Michy Batshuayi to Score for Chelsea vs. Hull 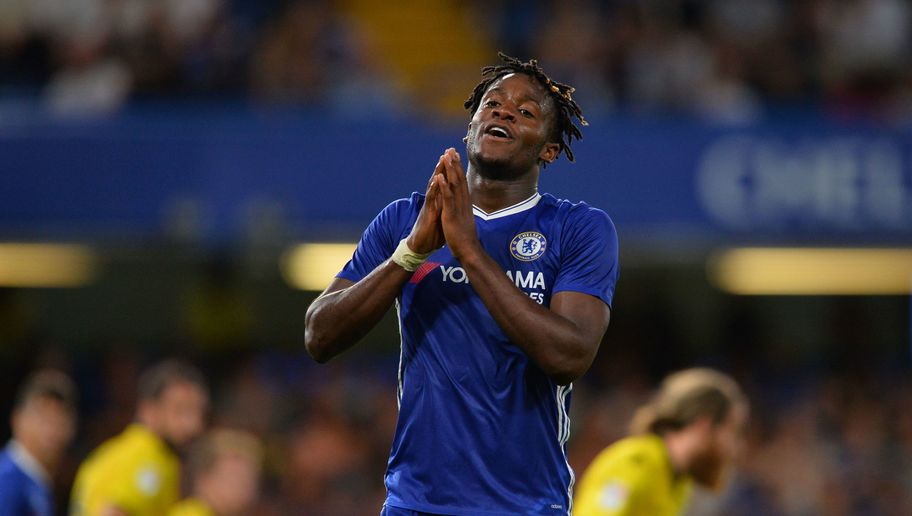 Michy Batshuayi signed for Chelsea in the summer in a £32.2 million deal from Marseille but he is yet to start a Premier League game for the league leaders. Instead, the Belgian has made 13 substitute appearances and scored once.

Batshuayi has seen his chances to shine limited by the impressive form of Diego Costa. Costa has 14 goals to his name this season and is the joint top scorer in the division. Costa has been in the headlines all week, but for the wrong reasons, thanks to a public fallout with manager Antonio Conte that resulted in Costa training on his own while his teammates enjoyed a day off. 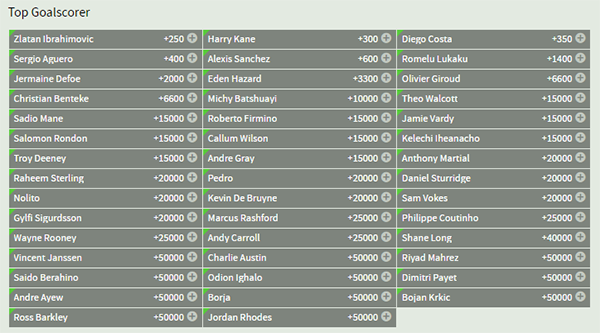 Costa, thought to be looking for a lucrative transfer to Chinese side Tiajin Quanjian, is back training with the Blues but there is a chance Batshuayi could be given his first start in the league in a Chelsea shirt, and against a Hull City team that has the worst defense in the Premier League when away from home.

Batshuayi is +350 to open the scoring. I’d shy away from that just in case he doesn’t start the game, instead opting to back him to score before the end of the game at odds of +105.