St. Louis looks to give Nashville the Blues

A breakdown of the Blues-Predators second-round Stanley Cup series, with odds provided courtesy of BetOnline.ag: 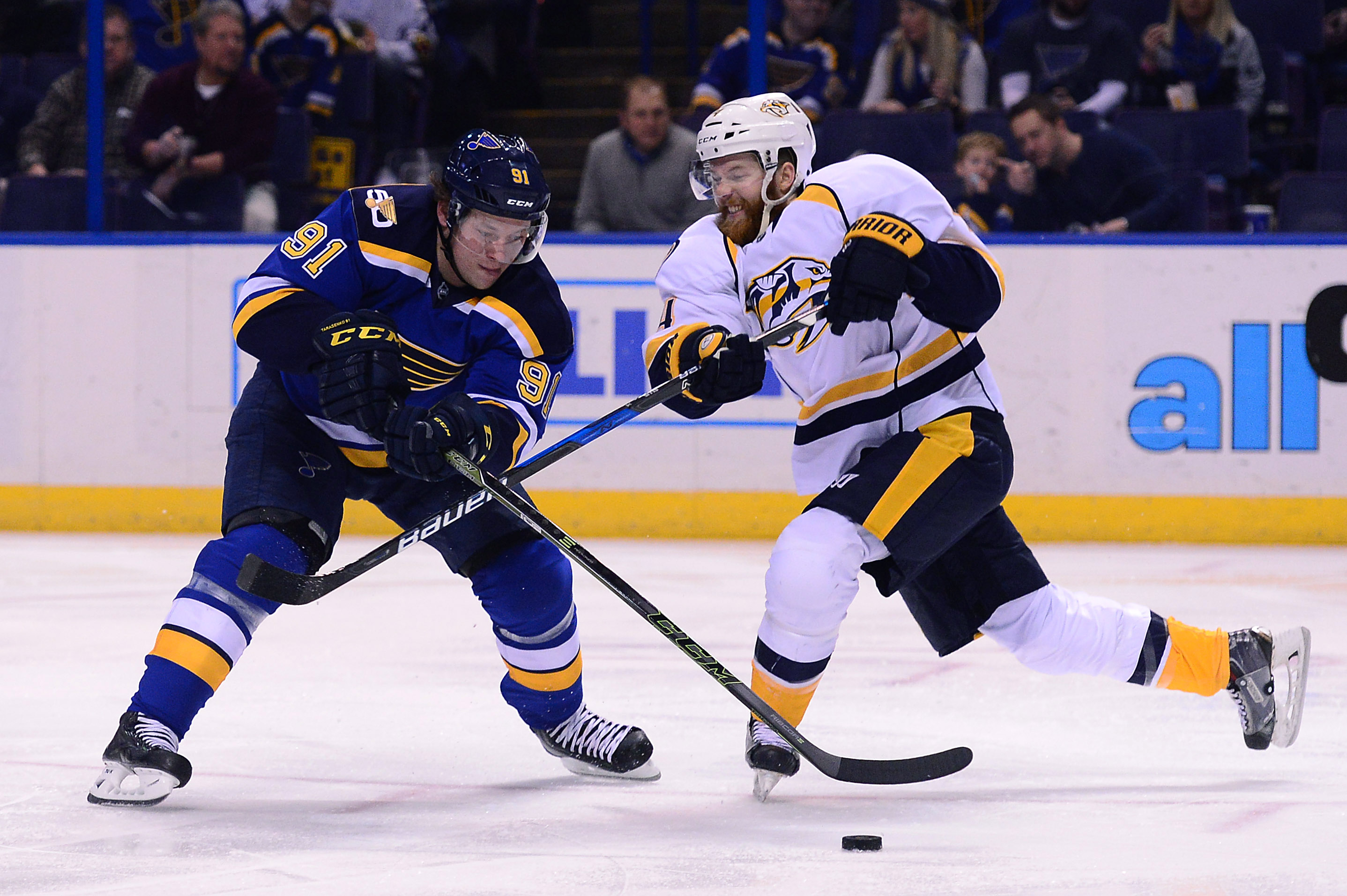 Neither of these teams are supposed to be here. Both the St. Louis Blues and Nashville Predators rebounded from stumbling starts to make the playoffs but each team entered the first round for the chase of the Stanley Cup as underdogs. The Blues advanced past the second round of the playoffs last spring for the first time since the 2000-01 season, while the Predators have never won a postseason set beyond the opening round.

Let's make no bones about it - goaltending got both of these teams through the opening round, and in rapid fashion. Jake Allen was spectacular for the Blues, who were outshot in four of the five games they played against the Minnesota Wild.

Pekka Rinne was other-worldly for the Predators in their shocking sweep of Chicago. He stopped 123 of 126 shots. Rinne finished the series with a 0.70 goals-against average and .976 save percentage. Rinne is the fourth goaltender in the expansion era (since 1967-68) to win all four games of a playoff series while recording a goals-against average of 0.70 or less.

The Predators outscored the Blackhawks 13-3 and became the 14th team in NHL history to allow three goals or fewer in a four-game series. Predators forwards Ryan Johansen and Filip Forsberg each notched a point in every game of the series.

At the other end of the rink, the renaissance in Allen's game following a dismal first half was remarkable. After Mike Yeo replaced Ken Hitchcock behind the Blues bench on Feb. 1, no NHL goalie with at least 1,000 minutes of action posted a better five-on-five save percentage or parried a larger margin of high-danger shots than Allen. Allen posted a 1.47 goals-against average and a .956 save percentage in the five-game win over the Wild.

This is the first playoff meeting between the Blues and Predators. Nashville held a 3-2-0 edge this season in five regular-season meetings. One key for the Blues would be to get forward Vladimir Tarasenko going. The Lady Byng Trophy finalist finally got on the board in Game 5 but the Blues won't go much further getting one goal per round from their 40-goal scorer.

Containing Nashville's mobile, potent back end will also be vital for St. Louis. Both Ryan Ellis (1-3-4) and Roman Josi (2-1-3) rank among the top eight defensemen scorers in the playoffs. St. Louis didn't have a defender in the top 20. 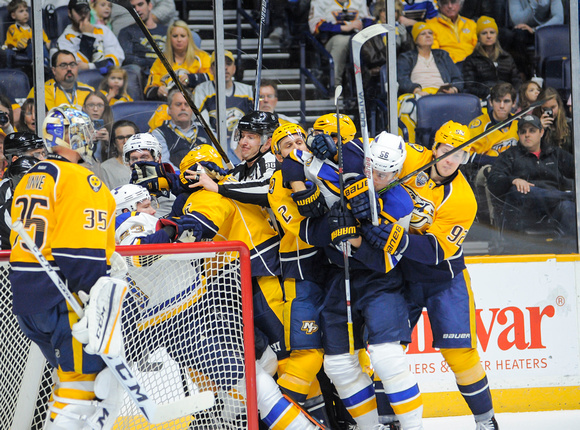 The total for Game 1 of this series has been established at five and based on first round action, that seems about right. Nashville went under five once against Chicago, while the total was exactly five in the other three games. The Blues went under five four times and over once.

The Blues went under 36 times during the regular season, while the Predators were under the total on 35 occasions. 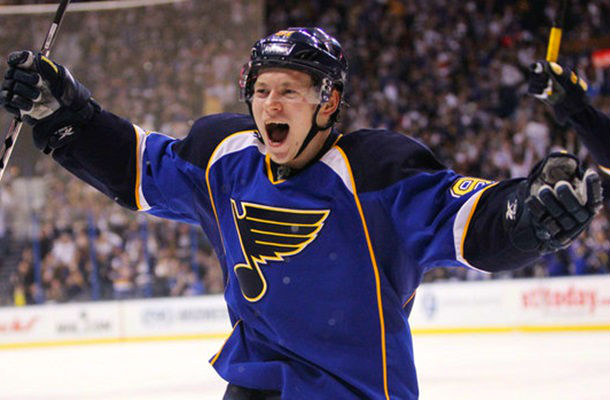 Tarasenko needs to score more than once but five goals? That seems a stretch. BetOnline has set the over/under on Tarasenko goals in this series at five. You'll get -115 either way but take the under. There doesn't figure to be an abundance of goals in this set.

The total on Subban's points output for the series is set at 3.5. Working in more of a shutdown role against Chicago, he played well and garnered two assists. Take the over at -115.

Pick: The Predators in six games