The best NBA bets to make on Saturday

The Chicago Bulls will seek a third straight victory on Saturday night when they host the red-hot Toronto Raptors at the United Center. In other action, the San Antonio Spurs host the Charlotte Hornets in an cross-conference clash.

Here are a few NBA betting options to consider, with odds courtesy of Bet365.com.

The Chicago Bulls are heating up at the perfect time and that’s a good thing with the Toronto Raptors rolling into town. The Bulls, coming off back-to-back victories, will host the red-hot Raptors in an Eastern Conference clash Saturday night at the United Center.

The Raptors, who sit second in the conference and looking to gain ground on the defending champion Cavaliers, enter Saturday’s contest as -132 favorites on the road where they’ve posted an impressive 12-6 record. The Bulls — winners of six of their last six games — are appealing +110 underdogs on home court where the club has played its best basketball this season.

The game will feature two of the game’s brightest stars in DeMar DeRozan for the Raptors and Bulls forward Jimmy Butler. Both players rank in the top 10 in NBA scoring — DeRozan averaging 27.4 points per game and Butler 25.2.

The Bulls have absolutely dominated the head-to-head matchup over the last 10 meetings, defeating the Raptors nine times over a stretch that dates back to the 2013 season.

Considering an over/under wager? Keep in mind the Raptors are among the highest scoring teams in the league, while the Bulls are more than capable of putting up points if Butler takes over the game. Take the over on Bet365’s line of 207.5.

First place in the Western Conference is in with grasp for the San Antonio Spurs, who will look for a third straight victory on Saturday night when they host the Charlotte Hornets at AT&T Center.

Winners of six of their last seven games, the Spurs enter action on Saturday as -714 favorites. The Hornets, who’ve won six of their last 10, head to San Antonio as +500 underdogs on the road, where they own a dreadful 8-10 record this season.

The Spurs one of the top defenses in the league, ranking second overall only to the Utah Jazz. The Spurs are scoring 106.1 points per game while holding opponents to 97.9 for a second-best point differential of +8.2. The Hornets will have their hands full with San Antonio’s leading scorer Kawhi Leonard, who is averaging 24 points per game.

The head-to-head history has been all San Antonio, which has defeated Charlotte nine times over that span.

This has the makings of a rout, so expect the Spurs to cover the -10.5 line being offered by Bet365. 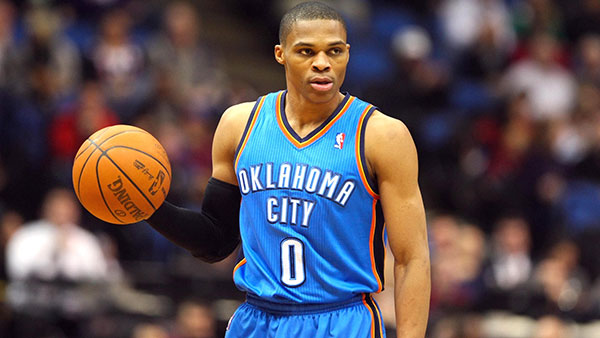 Two teams looking to shake of lengthy losing streaks to battle on Saturday when the Oklahoma City Thunder host the Denver Nuggets at Chesapeake Energy Arena.

The Thunder, who have lost three straight and four of their last five, head into action Saturday as convincing -345 favorites on home court, where the club has posted a 13-6 record this season. The Nuggets — losers of four straight games — head to Oklahoma City as +270 underdogs.

It’s on the defensive side of the floor where they Thunder have struggled as the club is allowing on average 105.2 points per game.

OKC has dominated the head-to-head matchup over the last 10 meetings, defeating the Nuggets nine times over that stretch.

The total points projection for Saturday’s match is set at 220.5, but don’t expect a high-scoring affair in this one, at least not from the Nuggets.