The NBA has 10 games waiting for all you round-ball enthusiasts this Friday night. To help you single out the best possible wagers, we use TopBet’s game lines to deliver our five best picks of the night. 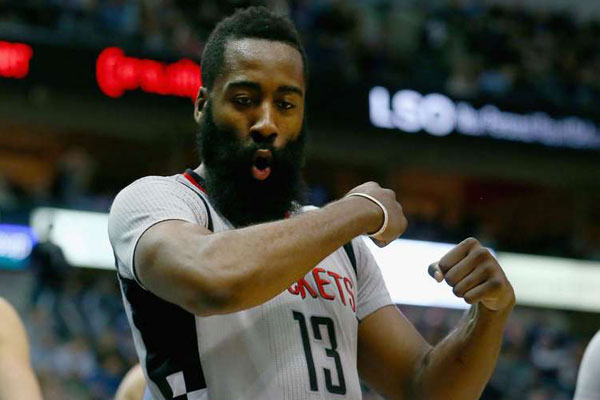 There are moments when you see what the New Orleans Pelicans might be able to one day become with Anthony Davis and DeMarcus Cousins in the fold. But they aren't close to actualizing that ceiling for more than brief stretches.

They have one of the NBA's worst offenses since the trade, in terms of points scored per 100 possessions, and will be facing a three-point-happy Houston Rockets team that should have little trouble carving out enough offense to put them away.

Although the Philadelphia 76ers have been surprisingly competitive over the course of a bunch of games since Joel Embiid's latest injury, they still don't have the talent necessary to compete with quality squads for a full 48 minutes. That almost-win against the Golden State Warriors was an exception, not the rule; Philly has one of the league's three worst net ratings since the trade deadline.

The Dallas Mavericks have been wild cards on the road, and they might be missing Wesley Matthews for this one. But Nerlens Noel helps them on both sides of the floor. That much was apparent during a Wednesday night win over the Washington Wizards—perhaps the hottest team in the NBA 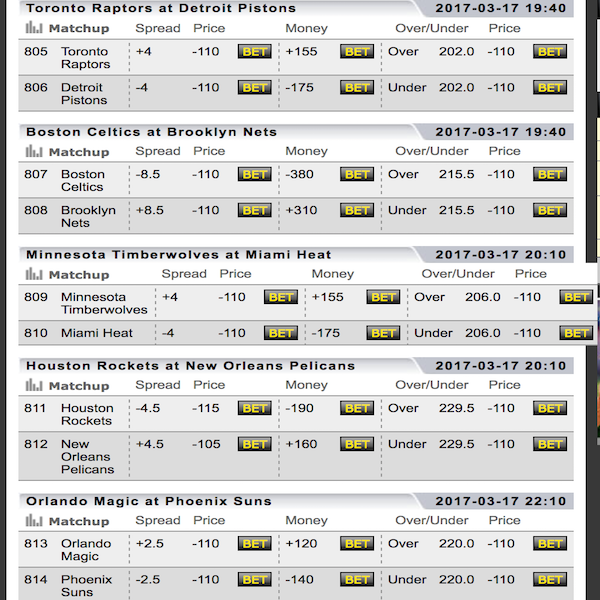 Kudos to the Brooklyn Nets for playing fast and free, while shooting a ton of threes and exhibiting endless energy. Jeremy Lin's return from a second hamstring injury is starting to look good on them, and they're going to catch more teams off guard as they play through the stretch run.

But the Boston Celtics should not be one of those teams. They are still fighting for second-place in the Eastern Conference, giving them plenty to play for.

Besides, at full strength, the Celtics have performed like one of the five best teams in the NBA. That'll they're expected to have a full supporting cast on Friday is a big deal we just can't ignore.

The Milwaukee Bucks are 7-2 since the start of March and have won seven of their last eight games. That latter stretch has seen them post a top-eight offensive rating and a top-seven defensive rating. Their most recent win over the Los Angeles Clippers Wednesday night, on the road no less, is proof this team needs to be taken seriously again.

By comparison, the Los Angeles Lakers are bad by design. They rolled over in a 39-point loss to the Rockets on Wednesday, and while they're prone to offensive outbursts at home, they're too young and inexperienced to register as a real threat to this version of the Bucks.

No team in the NBA has a better record than the Miami Heat since Jan. 17. During that same span, the Heat are outscoring opponents by a mind-melting 13.4 points per 100 possessions when playing on their home floor. They're 14-1 through those 15 games.

The Minnesota Timberwolves have been playing fantastic defense over the last month or so, and Karl-Anthony Towns is swallowing defenses whole. But this game figures to be tough sledding. The Heat are scrappy and fast and spacey and fun. If one player doesn't have it, another one steps up. They are deep, incredibly so.

We have to continue riding this scorching-hot streak until it doesn't exist anymore.

There are some nights when the Phoenix Suns truly step up. They've played tough games against some really good opponents this year, and under different circumstances, they would be the favorites to take down a sad-sorry-no-good Orlando Magic team that's coming off a Thursday night pounding at the hands of the Warriors.

But Eric Bledsoe is done for the season, as is Dragan Bender. Brandon Knight is out too, though that might be addition by subtraction.

As impressive as Tyler Ulis and Devin Booker can be, we have to roll with a Magic team that, frankly, has lot more healthy bodies. And if that doesn't do it for you, Aaron Gordon's performance at power forward since the trade deadline should.