With 11 games on the NBA’s Friday night slate, you have the pick of the betting litter. Plus, you’ve also got us here to help! Using TopBet’s game lines, we offer our favorite spread picks for this extremely busy evening in the Association. 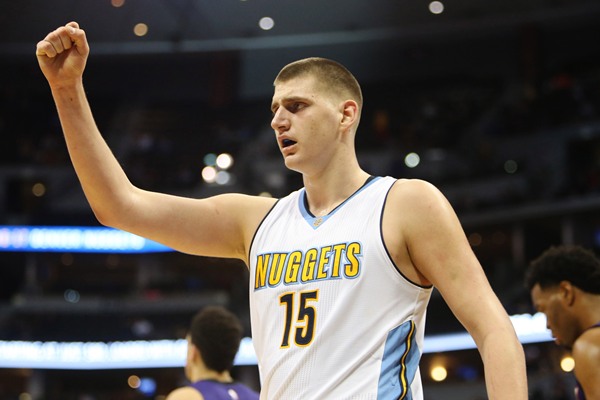 The Charlotte Hornets have been playing much better basketball over the last two weeks or so. The Denver Nuggets, meanwhile, are bleeding wins. They have fallen out of eighth place in the Western Conference and are working off an especially gut-wrenching, if discouraging, loss to the Portland Trail Blazers.

Overall, though, the Nuggets project as the better team. And they have the benefit of needing this one more. They have a better chance of making the playoffs than the Hornets. One game in the loss column separates them from the Blazers; the Hornets are three games in the loss column back of eighth place in the Eastern Conference, with both the 10th place Detroit Pistons and ninth place Chicago Bulls in front of them.

You should probably jump on this line while you can, because there's a good, if not great, chance it's going to move starkly in the Dallas Mavericks' favor.

Although the Memphis Grizzlies have picked up their play in recent weeks, they will be stepping on the court Friday night without their two most important frontcourt players, JaMychal Green and Marc Gasol. They don't have the personnel to overcome those absences, not with the Mavericks running at basically full strength.

Now, the Grizzlies, unlike the Mavericks, have something to play for. But their cast is too depleted to believe they'll win this one.

Yes, the Indiana Pacers have been absolute crap lately. They are the most average team in the league, perhaps in recent memory, and have yet to establish themselves on either offense or defense.

But the Pacers, for some reason, always seem to give the Toronto Raptors problems. They're trotting out a different cast, one that most notably doesn't include George Hill. But the Raptors are still without Kyle Lowry, and their offense has been iffy in his absence.

The possibility exists that the Raptors win this game. If that happens, however, the outcome shouldn't be decided, even with Indiana being atrocious on the road. And besides, the Pacers are overdue for a gutsy, "Our season is on the line so we're finally going to try harder and play better" performance.

Athletic teams always give the San Antonio Spurs matchup issues. And following their Wednesday night loss to the Golden State Warriors, they're no longer real threats to grab the Western Conference's No. 1 seed. That opens the door for head coach Gregg Popovich to rest everyone on any given night.

Still, no one on the Spurs is projected to sit as of now. They're the superior team, and they've already steamrolled the wildly streaky Oklahoma City Thunder once this season. They could do it again.

How can we pick against the Miami Heat after they absolutely trounced the New York Knicks, at Madison Square Garden, on Wednesday night? We can't. So we won't.

Carmelo Anthony and Derrick Rose may be no-gos for this one. This paves the way for addition by subtraction, especially if it's only one of them who takes a seat. Together, they are an offensive and defensive mess. Separately, particularly with just Anthony playing alongside Kristaps Porzingis, they can be assets.

Nevertheless, the Heat are just too damn hot for us to go against conventional wisdom. Only the Spurs have a better record since Jan. 17, and Miami has been an absolute terror at home during this stretch.

This, surprisingly, isn't hard. The Warriors are on fire, while the Houston Rockets are playing out the tail end of a back-to-back.

These two teams met earlier this week, and it was an artificially competitive affair. The Rockets kept hanging around but were never really a threat to take the lead down the stretch.

James Harden is also dealing with a wrist injury that's hampering his shooting percentages. Golden State should be able to cruise toward a victory at Oracle Arena tonight.