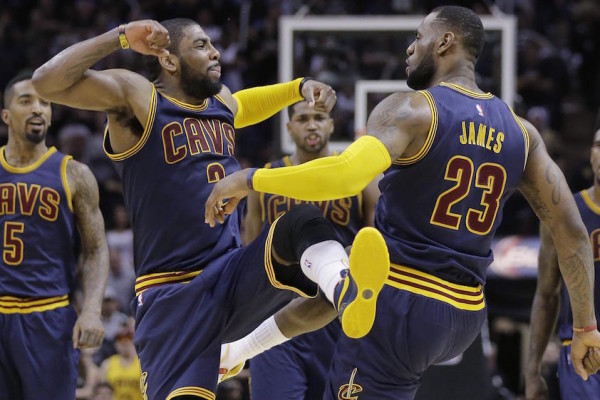 For the past six years, the Eastern Conference has worked like this: Does your team have LeBron James? If not, then you aren't the best squad in the East. If yes, then you're headed to the NBA Finals.

Nothing has happened since Cleveland's championship push to suggest that's about to change. Pencil in the Cavaliers as the East's top dog by a comfortable margin.

Pretty much every Eastern Conference team with a shot at doing anything special is one LeBron James injury away from reaching the NBA Finals. The Boston Celtics are one of two exceptions.

Their head coach, Brad Stevens, is a tactical genius. And now they've added All-Star Al Horford to the mix. Losing Evan Turner will sting on the defensive end and on the playmaking front, but the combinaton of Marcus Smart and Jaylen Brown should get them by in both departments.

There is a chance this team can push a full-strength Cavaliers to the brink, which is more than we can say for just about everyone else.

The Toronto Raptors are still really good, but they're going to miss Bismack Biyombo's rim protection, rebounding and rim-running. Though Jared Sullinger will take care of the boards, it'll be tough for head coach Dwane Casey to piece together another top-10 defense with Jonas Valanciunas logging heavy minutes in the middle.

Keep your eyes peeled on sophomore Norman Powell and DeMarre Carroll, though. Both are like free-agency additions, since Powell didn't come on until late last season and Carroll spent most of the year on the shelf. They drum up Toronto's appeal considerably. 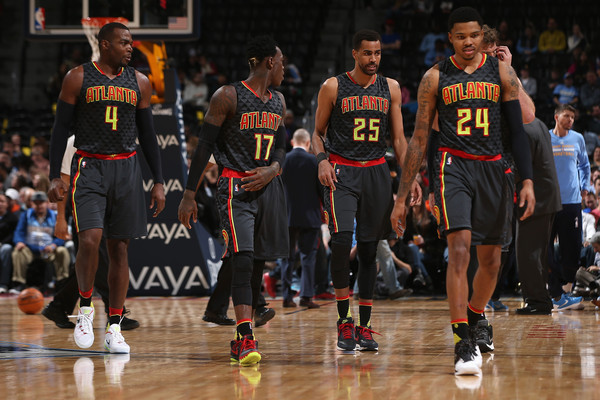 Breaking up the band could prove to be a really bad decision for the Atlanta Hawks. Dwight Howard is a clear downgrade from Al Horford, and there's no guarantee Dennis Schroder can replace, let alone exceed, Jeff Teague's value on the offensive end.

Still, assuming Paul Millsap remains Paul Millsap and Kyle Korver continues hitting threes, this team is going to be just fine. They should once again be defensive stalwarts, and the offense last season was statistically better with Schroder running point for small bursts instead of Teague.

They have one of the best projected starting lineups in basketball, with Reggie Jackson, Kentavious Caldwell-Pope, Marcus Morris, Tobias Harris and Andre Drummond. That unit provides just enough spacing and defense to be a two-way bulldog.

Coach and president Stan Van Gundy has also acquired quite the collection of depth behind them. Boban Marjanovic, Ish Smith, Jon Leuer and Stanley Johnson make for a fairly balanced and definitely intimidating nine-man rotation. Don't sleep on the Pistons.

While the Washington Wizards were a disappointment last season, they performed like a playoff team following the acquisition of Markieff Morris. They should be able to pick up where they left off to end the year after adding Ian Mahinmi and Andre Nicholson to the fold. 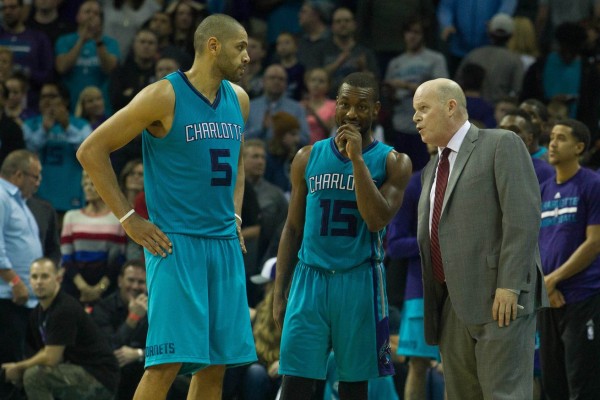 It's really easy to like the Charlotte Hornets' roster. The return of Michael Kidd-Gilchrist will be a defensive boon, and the loss of Al Jefferson isn't so bad given how pleasantly surprising Frank Kaminsky, Marvin Williams and Cody Zeller played last season.

But the Hornets lost a lot of offense in free agency by bidding farewell to Jeremy Lin, Courtney Lee and Jefferson. It will be tough to maintain their status as a team that ranks in the top 10 of both offensive and defensive efficiency, thus limiting their upside.

Don't be fooled by the Chicago Bulls having the third-best championship odds in the Eastern Conference. This team is wildly imbalanced and a fringe playoff candidate at best.

The Jimmy Butler-Rajon Rondo-Dwyane Wade pairing is at the heart of this uncertainty. They carry a certain level of recognition clout, but their play styles don't complement one another, making it unlikely the Bulls are able to cobble together a noticeably efficient offense.

Still, we're essentially saying they'll reach the playoffs on talent alone. They just won't do anything once they get there.

There is no other pick here. The Golden State Warriors took a core that won an NBA-record 72 regular-season games and tacked on Kevin Durant, a perennial MVP candidate. They now have four top-20 players on the roster, not to mention two MVPs. This is team is bad news for the rest of the league. 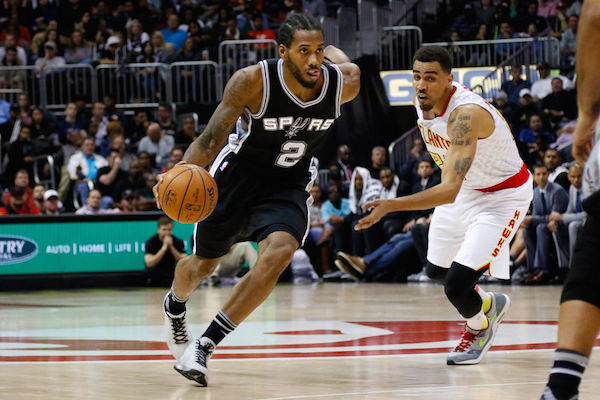 The San Antonio Spurs started to show some cracks in their first-round playoff exit at the hands of the Oklahoma City Thunder. But they have not broken.

Tim Duncan's retirement is less than ideal on the defensive end, but the Spurs supplanted him with Pau Gasol, the closest thing to a Tim Duncan clone in the NBA. The bigger question for this team is whether it can still field spacey small-ball lineups after trading Boris Diaw. We're going to assume it can, because, you know, Spurs are going to Spurs.

If the Big Three of Blake Griffin, DeAndre Jordan and Chris Paul remain healthy together for an entire season, the Los Angeles Clippers will flirt with 57-plus victories. But make sure you're monitoring the rumor mill. This projection changes if coach and president Doc Rivers decides to indulge other teams' trade offers for Griffin.

Each of the Utah Jazz's four most-used lineups last season performed like a top-three team when on the floor, according to NBA.com. That's absurd, and clear proof that they would be working off a playoff berth if not for injuries to Dante Exum, Derrick Favors and Rudy Gobert.

After adding Boris Diaw, Joe Johnson and George Hill to the mix, this squad is primed for a top-four postseason berth and low-key title contention. 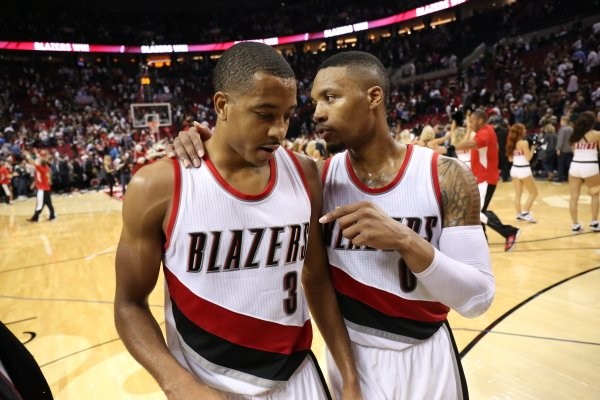 Tons of people aren't happy with the Portlaind Trail Blazers spending hundreds of millions of dollars over the next four or five years to keep their core together while adding Evan Turner. These people aren't worth listening to.

The Blazers are going to be great on offense, and Turner will help beef up their defense. So long as the they let Turner act as a primary ball-handler with Damian Lillard, C.J. McCollum, Allen Crabbe, et al. running off screens, we can expect the Blazers to hover right around, or improve upon, last season's 44-win total.

Hot damn, the Memphis Grizzlies' projected starting lineup of Mike Conley, Tony Allen, Chandler Parsons, Zach Randolph and Marc Gasol could be great. But it could also be bad. Or injury-prone. The Grizzlies were hardly a billboard for good health last year, and signing Parsons doesn't fix all their spacing issues on offense. 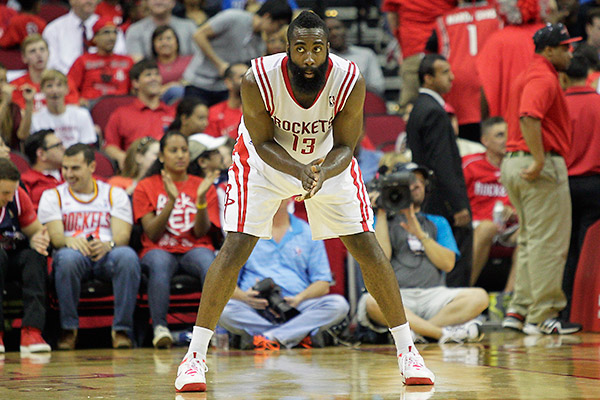 Next season's Houston Rockets are going to score a ton of points.

The problem? They won't play much defense. Proceed with extreme caution.

Most sportsbooks, along with some analysts, would have you believe the Oklahoma City Thunder will be really good despite the losses of Kevin Durant and Serge Ibaka. They won't be.

Russell Westbrook should keep them within striking distance of a playoff bid, but the Thunder are suddenly too inexperienced and employing too many question marks to be viewed as more than an ancillary threat and super-duper long shot.