The second season officially gets underway as the Stanley Cup playoffs begin on three fronts, with both of last spring’s Cup finalists in action. Eastern Conference champion Tampa Bay play host to Detroit, while defending Cup winners Chicago start a quest for a repeat performance at St. Louis. 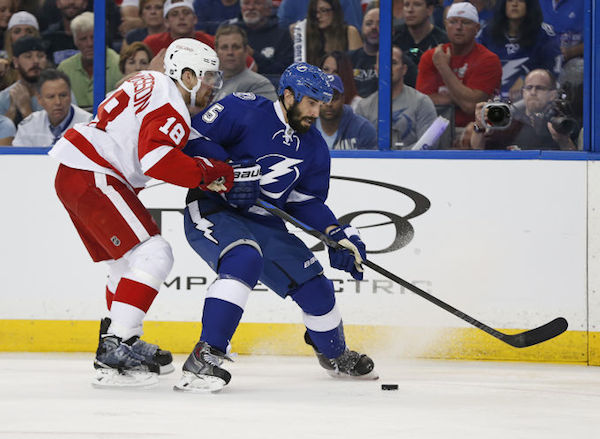 A rematch of one of last spring's opening-round series, with the Lightning again holding the home-ice advantage. Amidst speculation that Detroit's Pavel Datsyuk will return to Russia at season's end, the Wings, whose 211 goals are the low among the 16 playoff squads, will reunite their veteran Euro Twins combo of Datsyuk and captain Henrik Zetterberg, looking to spark their attack.

Jimmy Howard gets the start in goal for the Wings, his first playoff appearance since Game 3 of Detroit's 2014 first round series against the Boston Bruins. Howard won two of three from Tampa Bay during the regular season. The Lightning will be without 36-goal scorer Steven Stamkos (blood clot) and defenseman Anton Stralman (fractured fibula) for the series. 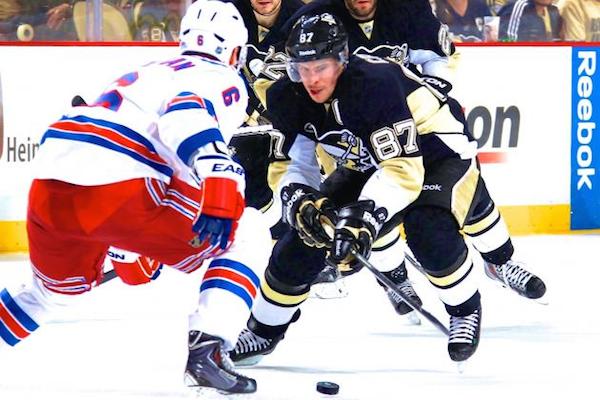 The Penguins don't know who their starting goalie will be, never a good omen to open post-season play. Marc-Andre Fleury (concussion) has practised the last two days, but his status is uncertain. Matthew Murray (upper body injury) hasn't practised since he was injured Saturday against Philadelphia.

That could mean third-stringer Jeff Zatkoff, who hasn't played since Feb. 20, gets the nod. Penguins are also without star center Evgeni Malkin (upper body) but are listing him as day to day.

Rangers have beaten the Penguins in the playoffs in each of the past two springs but Pittsburgh has beaten the Rangers three times in the past month. New York goalie Henrik Lundqvist returned to practice Tuesday after leaving Monday due to illness.

Captain Ryan McDonagh (hand) will be missing from the Rangers defense. Defenseman Dan Girardi and forwards Eric Staal, Mats Zuccarello and Viktor Stalberg, all of whom missed the last game of the regular season due to injury, are good to go.

All of Chicago's walking wounded will return to action, leaving only defenseman Duncan Keith, serving the last game of a six-game NHL suspension for a high-sticking infraction, absent among the Blackhawks regulars. This series figures to be a showdown between Chicago's high-powered attack, led by NHL scoring champion Patrick Kane, against the tight defensive systems of the Blues.

It will also come down to a battle between the puck-possession game of St. Louis and the powerful special teams of the Blackhawks. Defenseman David Rundblad, who played part of the season in the Swiss League with Zurich, was recalled from AHL Rockford and forwards Bryan Bickell and Dennis Rasmussen were assigned to the same club.

St. Louis forward Steve Ott (hamstrings, colitis) has resumed practising but still figures to be a week away from game readiness. Otherwise, the Blues are also healthy.

For all NHL playoff game odds and to see how, and where, to bet on the NHL playoff, click here.