Looking to put together the perfect parlay wager? Youve come to the right place. With several mouth-watering NHL playoff matchups in store for Sunday, let us guide you in making the right picks.

Here are four NHL betting options to consider for Sunday, with odds courtesy of Bovada. 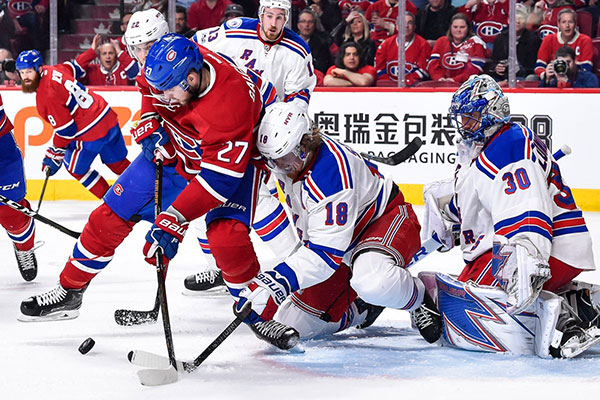 It’s a brand new series between the New York Rangers and Montreal Canadiens. Having avoided going down two games in the best-of-seven series, the Habs are faced with the tough test of going to Madison Square Garden for Game 3 on Sunday night.

The Rangers enter the highly anticipated contest as -130 favorites on home ice, where the club has played its best hockey this season. The Canadiens head to the Windy City as the even underdogs.

Through two games, the Canadiens are second in shots for in these playoffs, averaging 44.5 — second only to the Washington Capitals. The Canadiens will have to figure out their struggling power play, which hasn’t converted on the man advantage through seven chances in two games.

The Habs still hold the advantage in the head-to-head matchup over the last three meetings against the Rangers, winning twice during that stretch. 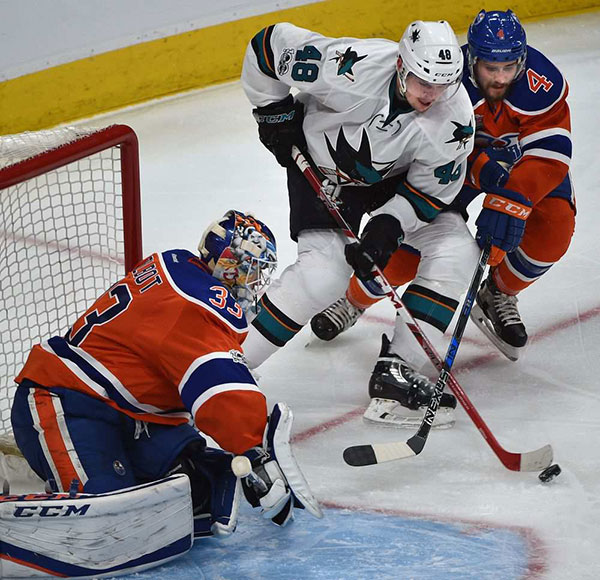 The Edmonton Oilers had their chance to celebrate, but it’s back to business on Sunday as the young club prepares to face a determined San Jose team on the road in Game 3 of their Western Conference quarter-final.

The Sharks were somewhat subdued in the second game of the series but expect a different San Jose team to show up on Sunday as 2016 Cup finalists enter action as -140 favorites. The Oilers, who earned their first playoff victory in more than 10 years, head to California as +110 underdogs on the road.

Edmonton was flirting with danger by taking six penalties in Game 2 and while the Sharks failed to convert on any of the chances, don’t expect that trend to remain the same as the series progresses.

Betting the over/under? The total goals projection fro Game 3 is set at 5, however watch for a more tight-checking game, with the Sharks prevailing.

Sidney Crosby and the defending Stanley Cup champion Pittsburgh Penguins will have a chance to put the Columbus Blue Jackets on the ropes Sunday when the two Metropolitan Division rivals clash in Game 3.

There’s little to no room for error for the Blue Jackets, who enter the third game of the series as -125 favorites on home ice, where the club dropped just 12 games all season long.

Meanwhile, the first two games were picture-perfect for the Penguins, who head to Ohio up 2-0 in the best-of-seven series and are intriguing -105 underdogs on Sunday.

If the Blue Jackets stand any chance, they’ll need to score more than one goal.

In the last 10 meetings between these clubs, the Pens have skated away with victories six times during that stretch. It will be the same outcome on Sunday.

The Minnesota Wild have some work to do down 2-0 in their Western Conference quarter-final against the St. Louis Blues, who will host a crucial Game 3 on Sunday at Scottstrade Center.

Despite trailing in the best-of-seven showdown, the Wild still enter action on Sunday as -115 favorites on the road, where the club posted a 22-13-6 record during the 2016-17 campaign. The Blues, who are -105 dogs, can really put a stranglehold on this series with another victory. Only four teams in NHL history have come back from 0-3 to win a best-of-seven series.

The Wild have been perfect on the penalty kill, turning aside the Blues six times while a man down. Minnesota is averaging 38 shots per game through two, which ranks fourth overall among playoff teams. In comparison, the Blues are giving up a league worst 24.

The first two games of this series produced three goals and you can expect another nail-biter on Sunday, with the Wild stealing one on the road.