The NBA enters its second night back since the All-Star break with a bang. Ten games are on Friday’s slate, creating a great number of opportunities to make some money. Using TopBet’s lines, we offer our favorite spread picks of the evening. 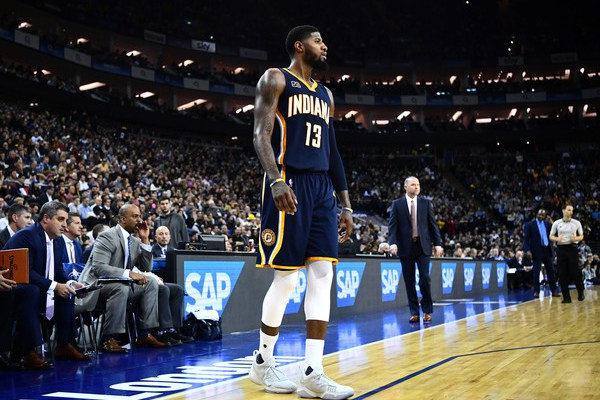 Paul George isn't happy that the Indiana Pacers didn't do anything to upgrade their roster at the trade deadline, essentially committing themselves to the middle for at least the rest of this season. It's unclear how that will translate to the court immediately.

The Pacers have been ridiculously difficult to beat at home this season. But the Memphis Grizzlies are a different beast. Their defense has the potential to stymie the Pacers' mediocre scoring machine, and Indiana doesn't appear to have enough defensive versatilty of its own to gum up Memphis' less-than-impressive offense. 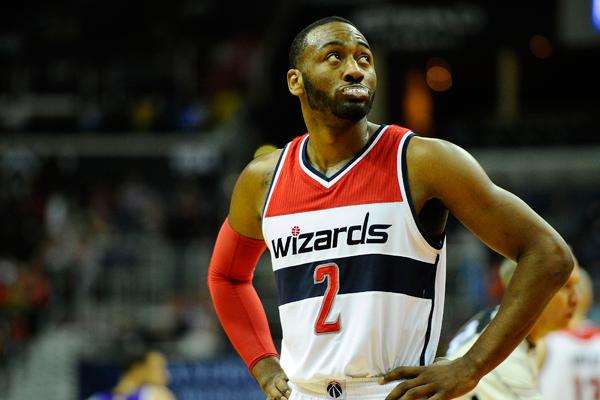 It's always tough to predict how teams will perform coming out of the trade deadline. Even the ones that are noticeably worse on paper sometimes play with a little post-deadline flair, as if to prove the doubters wrong, even if only for a night.

But the Philadelphia 76ers will be facing the Washington Wizards, the hottest team in the NBA since Christmas, without Joel Embiid, who remains sidelined with a meniscus injury, and without Nerlens Noel, who was traded to the Dallas Mavericks.

Though Philly is playing on its home court, where its often scrappy, we should expect a bloodbath that favors the Wizards. 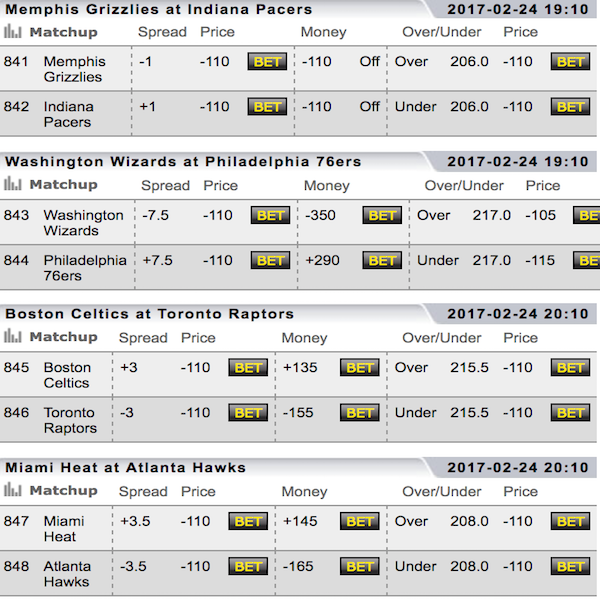 The Toronto Raptors will end up being a more imminent threat to the Cleveland Cavaliers than the Boston Celtics. They traded for P.J. Tucker and Serge Ibaka, while the Celtics, once again, decided to stand pat.

Immediately, as in tonight, the Raptors are at a bit of a disadvantage. They were one of the coldest squads in the league entering the All-Star break, and the addition of Ibaka (and Tucker if he plays) poses a new dynamic that they'll need some time adjusting to.

Ibaka has the type of game that should eventually slide in seamlessly on both ends of the floor. At least for tonight, though, we should roll with the team that has the better record and, now, the more established core. 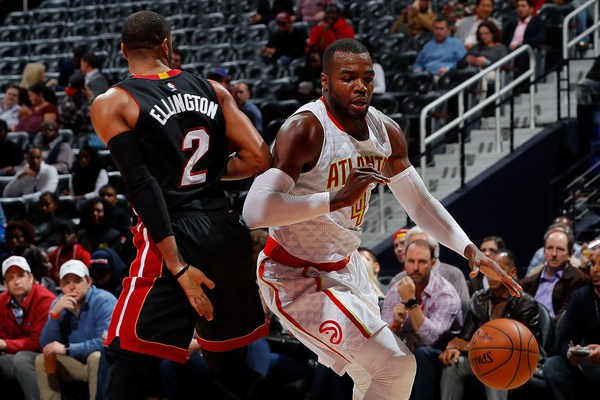 Will the Miami Heat continue the tear they were on just before the All-Star break? Maybe. Probably not. We really don't know.

We do, however, know that they began to cool off just before their February sabbatical. That doesn't bode well against an Atlanta Hawks squad that is always sturdy at home, with a defense that just won't quit.

The addition of Ersan Ilyasova could effect the Hawks' chemistry to some degree, but it's likely comforting to the rest of their nucleus that the front office ended up being buyers at the trade deadline. Besides, it's unlikely Ilyasova joins the team in time to play in this one. And even if he does, the Hawks didn't give up anyone who they were playing to get him (Tiago Splitter), so conventional wisdom suggests they won't miss a beat no matter what happens.

Jump on the uncertainty surrounding this line whilst you can.

Chances are this pick 'em is owed to the fact that Chris Paul could return to the lineup after missing the last few weeks with a thumb injury. But the Los Angeles Clippers squared off against the Golden State Warriors on Thursday, so they're working on the second night of a back-to-back against the San Antonio Spurs, who remain the NBA's strongest road team.

Bake in whatever rust Chris Paul will need to work through after sitting out so long, and even if he plays, there isn't a conceivable scenario in which the Clippers earn the W here.