Odds To Win The Stanley Cup

As the old adage goes, if it ain’t broke, don’t fix it.

That’s the approach the reigning Stanley Cup champion Pittsburgh Penguins took this summer as general manager Jim Rutherford has done little in the way of adding free agents to bolster what is already a competitive lineup.

No team has won back-to-back Stanley Cup crowns since the salary cap was introduced 11 years ago. In fact, the last team to accomplish the feat was the Detroit Red Wings in 1997 and 1998. Even though the odds are stacked against the Pens in that regard, the defending champs enter the season as the favorites to win the Stanley Cup for a second straight year.

Here are five Stanley Cup contenders for the 2016-17 season.

Bovada oddsmakers peg the Pens as +900 favorites to win it all, along with the Chicago Blackhawks. While the team stayed fairly quiet on the free agent front this summer, Pittsburgh still boasts one of the best offensive units in the NHL with the trio of Sidney Crosby, Evgeni Malkin and Phil Kessel leading the charge.

In goal, the Penguins have found a saving grace in Matt Murray — the rookie netminder who backstopped the team to its first Stanley Cup win since 2009. The Penguins will be in another dogfight with the Washington Capitals for first place in the Metropolitan Division, but should have no issues locking up one of the three qualifying playoff spots and contending for another Cup. 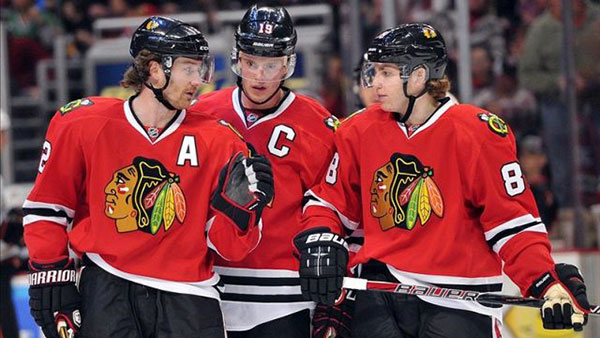 As long as Jonathan Toews and Patrick Kane are wearing Blackhawks jerseys, Chicago will certainly be in the mix to win the Cup. That won’t change in 2016-17 as Joel Quenneville’s troops — along with the Penguins — are among the early favorites to win it all according to Bovada oddsmakers.

Hawks GM Stan Bowman was also quiet this summer with the exception of the July 1 signing of defenseman Brian Campbell, who at 37-years-old will still be an affective offensive player on the blue-line. Kane will be looking to repeat his Hart Trophy season in which he led the league in scoring with 106 points. Marian Hossa’s production offensively has plummeted over the past couple seasons but the emergence of Calder Trophy winner Artemi Panarin — who had 30 goals in his rookie campaign — has definitely filled the void. 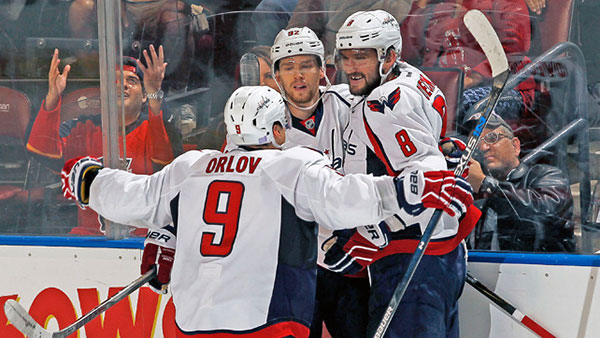 The Capitals have built a reputation of being the best regular-season team, but have failed to transfer over that success to the playoffs. Having won the Presidents’ Trophy as the top NHL team in 2015-16, the Caps were ousted by Crosby and the Penguins in the second round.

Washington will enter the 2016-17 campaign with essentially the same roster and expectations will be running just as high when the puck drops for another season. The time for the Alexander Ovechkin-led Capitals to win the Stanley Cup is now as the Russian sniper will soon be 31. The Great 8 certainly has the supporting cast — with the likes of Evgeny Kuznetsov and Niklas Backstrom — to be a top contender. However it will be key for the team to take pressure off star goaltender, Braden Holtby, who played 62 games last season and sported an impressive 48-9-5 record. 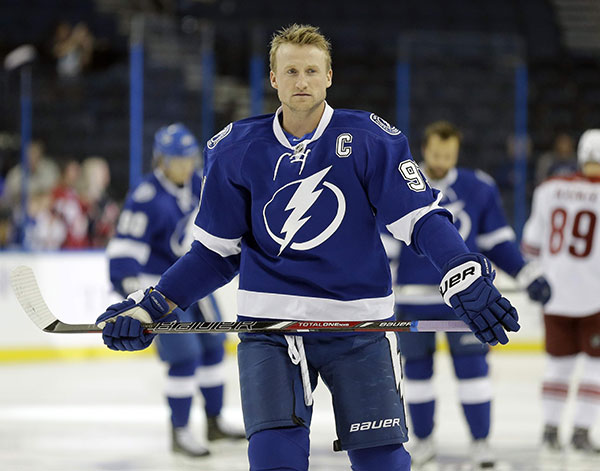 Steven Stamkos put an end to the question the hockey world was curious to know this summer: Would the former 60-goal scorer bolt Tampa Bay to sign as a free agent somewhere else?

The Lightning captain quashed any rumors on June 29 when he inked an eight-year deal worth $68 million. With Stamkos returning the Lighting are legitimate contenders to win the Stanley Cup — where they just short in 2015 against the Blackhawks. Mix in blue-liners Victor Hedman and Anton Stralman, along with scoring threats Tyler Johnson and Nikita Kucherov, the Lightning are capable of making a deep run in the playoffs in the upcoming season. So much optimism has surrounded the Dallas Stars team, which many hockey experts picked to the Stanley Cup over the last couple seasons. While you can’t argue the Stars boast one of the most lethal offensive units — with the one-two punch of Tyler Seguin and Jamie Benn — where Dallas falls short is on the blue-line. General manager Jim Nill addressed that need somewhat in the off-season with the signing of defenseman Dan Hamhuis, who should bring the Stars added depth on the blue-line. Another question mark for the Stars has been between the pipes, where either Kari Lehtonen or Antti Niemi failed to grab the No. 1 job and run with it. If the Stars can fix what’s ailed them defensively, they are considered to be among the favorites to win it all.

The Ducks were pegged among the early favorites to win the Stanley Cup last year before being ousted in the first round by the Nashville Predators. The disappointing playoff performance eventually cost Bruce Boudreau his job as head coach. Randy Carlyle, who led the Ducks to their last title in 2007, is now behind the bench and ready to bring Anaheim back to Stanley Cup status. Corey Perry and Ryan Getzlaf return as the team’s one-two punch offensively, while goaltender John Gibson undoubtedly has the No. 1 job following the departure of Frederik Andersen, who was dealt to the Toronto Maple Leafs in the off-season. The Ducks have the offensive depth to once again top the Pacific Division and make a deep run in the Stanley Cup playoffs.