Eight games are scheduled for the NBA’s Friday night jamboree, and each one of them should be on your radar. That being said, using TopBet’s game odds, we’re here to offer our five favorite selections of the evening.

With the exception of James Young, who doesn't ever play, the Boston Celtics are reporting no injuries for Friday night's affair with the Denver Nuggets. This is a huge deal, because the Celtics have lost more player value to absences this season than all but four teams in the league, according to NBA Man Games Lost.

That Boston already has the East's second-best record is terrifying. Scarier still, its slumping defense is starting to figure things out. The team ranks seventh in points allowed per 100 possessions since Feb. 1, which poses a problem for a Nuggets squad that relies solely upon its offense and owns a league-worst defense overall.

Toss in the fact that Kenneth Faried, Danilo Gallinari and Nikola Jokic are still listed as questionable, and Denver, despite playing at home, could have some real problems in this one.

The Golden State Warriors aren't the world-beating spread coverers they used to be. Chalk it up to a learning curve with Kevin Durant and, then, being forced to play without him.

Shaun Livingston could be a no-go on Friday as well, but we still have to roll with the Warriors. They don't lose consecutive games. It almost never happens. And if they're going to win this one against a Minnesota Timberwolves squad that is wildly inconsistent on the defend end, it stands to reason they'll do so by at least seven points. 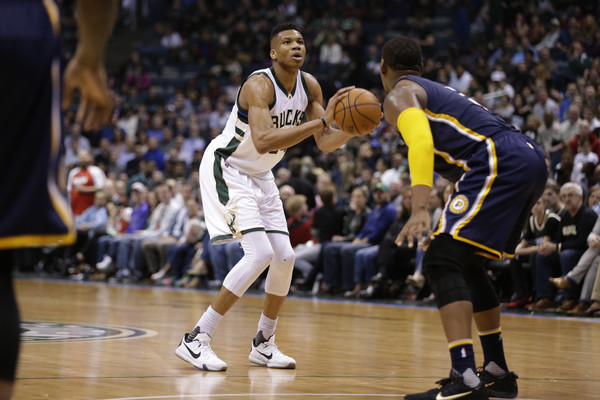 During the Milwaukee Bucks' latest seven-game winning streak, they are posting a top-seven offensive rating and top-five defensive rating. With the Indiana Pacers posting one of the 11 worst net ratings in the league when forced to play on the road, sticking with the Bucks is the smartest play.

If anything, we have to hate this matchup defensively for the Pacers. They don't have a defender who can stop Giannis Antetokounmpo. Paul George isn't defending as well this season as he usually does, and C.J. Miles has been a tad overrated on the less glamorous end.

Even if the Pacers figure out how to slow down Antetokounmpo—which, again, is unlikely—it will probably come at the expense of allowing Khris Middleton or Malcolm Brogdon to go off. That's not a trade-off they'll be able to offset.

Here's what this matchup between the Chicago Bulls and Houston Rockets should come down to: three-pointers.

On the average night, the Rockets rack up roughly 18 points more in three-point makes than the Bulls. Anytime you're a minus-12 or worse from beyond the arc, it's tough to win. The Bulls have been randomly good at stages this year, but the Rockets don't profile as a good matchup for them in any regard.

The Washington Wizards continue to prop up the third-best net rating in the NBA since Christmas, trailing only the San Antonio Spurs and Warriors.

Are really they about to lose or sweat against a Sacramento Kings team that no longer has DeMarcus Cousins? When they themselves own the Eastern Conference's best net rating against Western Conference teams since Christmas?

Sacramento gave San Antonio quite a scare, for a minute, on Wednesday night. It should be a different story against a Washington outfit still trying to snag second place in the East on Friday night.