Now it gets interesting. The second round of the Stanley Cup playoffs is when the men are separated from the boys and the contenders leave the pretenders behind. Those with true championship potential will emerge. 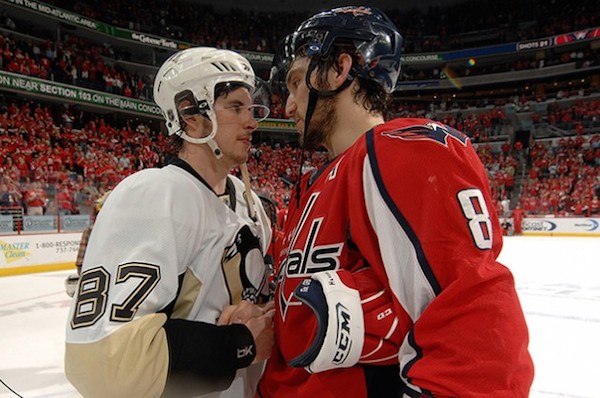 Crosby won their only previous playoff meeting in 2009, en route to his lone Stanley Cup title, but this time you have to give Ovi the edge. This set could be the Eastern Conference final because whoever survives is likely headed to the Stanley Cup final.

It's a virtual saw off at forward, but Washington is deeper on defense and Vezina Trophy finalist Braden Holtby and his career Stanley Cup playoff .940 save percentage is certainly the better bet than the uncertain three-headed monster that Pittsburgh has between the pipes in Matt Murray, Jeff Zatkoff and Marc-Andre Fleury.

Pick: The Capitals in seven games 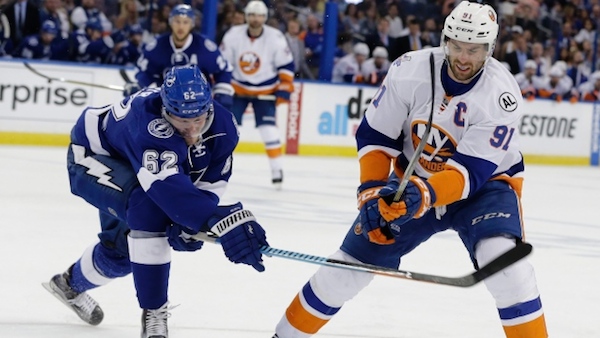 This series could be decided by the tale of the respective No. 91s. While Tampa Bay regular season goal-scoring leader Steven Stamkos (blood clot surgery) has resumed non-contact skating drills, his Islanders counterpart John Tavares continues to light it up.

For all the legendary stars the Isles have suited up, Tavares (11-11-22) is the first player in franchise history to collect 20 points in his first 20 playoff games. New York's fourth line of Matt Martin, Casey Cizikas and Cal Clutterbburk are hitting machines that will wear down the Lightning over the course of the series. The good news for the Lightning is that minus Stamkos, the line of Tyler Johnson, Nikita Kucherov and Alex Killorn scored 10 goals in their first-round win over Detroit.

The bad news is that the rest of the team scored twice. Tampa Bay is also minus top-pair defenseman Anton Stralman (fractured fibula), forcing their other D to log more minutes and that also figures to sap them as the playoffs progress.

Pick: The Islanders in six games 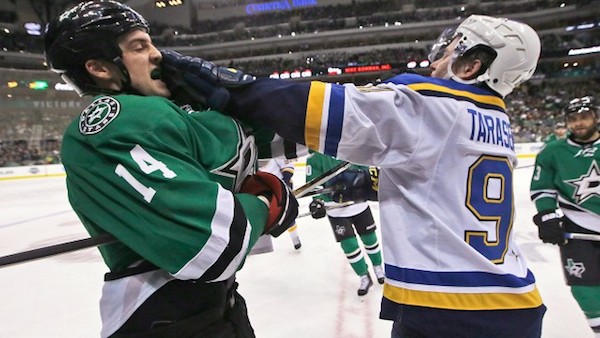 Even though the Stars beat the Blues to the Central Division title, St. Louis won four of five regular-season meetings between the two clubs, though two victories came in overtime and one in a shootout. Dallas captain Jamie Benn scored 10 points in the Stars' first round win over Minnesota, but the status of fellow sniper Tyler Seguin (Achilles injury) is uncertain and they made need both of them to topple the Blues.

Now that this talent-laden St. Louis club has overcome its playoff jinx you just get a sense they are ready to launch a deep run. The Blues are deeper, grittier, sounder defensively and they just took out the defending Stanley Cup champion Chicago Blackhawks.

Pick: The Blues in seven games 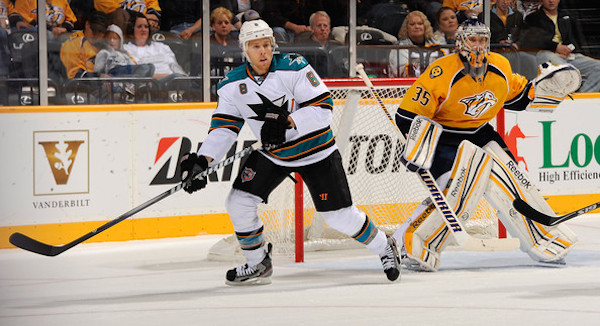 From the moment he took over as coach of the Sharks, Peter DeBoer set out to add defensive responsibility to their potent puck possession game and the results were evident in their first round win over Los Angeles. The Sharks rebuilt their defense, dropping all-star Brent Burns back from forward and adding veterans Roman Polak and Paul Martin to the group.

Goaltender Martin Jones outplayed Jonathan Quick, the man he used to back up, in the victory over the Kings. San Jose can still score plenty, led by captain's Joe Pavelski's five goals versus L.A. Nashville had never played a Game 7 prior to their first-round victory over Anaheim and now the Predators can say they've never lost one. Goalie Pekka Rinne, often a playoff scapegoat, was sensational as Nashville rallied from its 3-2 series deficit, allowing two goals.

The Predators can match San Jose in goal and on defense, but they will come a distant second at forward and that's where this one will be decided.

Pick: The Sharks in six games