With 10 NBA games on tap for Saturday night, you can use all the insight you can get. Luckily for you, this is exactly why we’re here. Using TopBet’s lines we deliver our five favorite picks of the night, so that you can come out ahead at the sportsbooks! 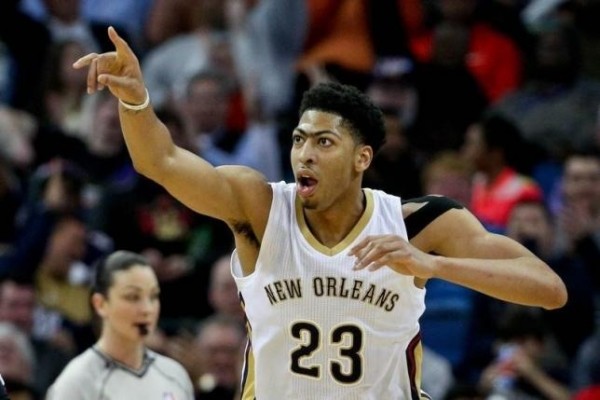 The Washington Wizards have been absolute terrors at home and general monsters overall for the last 25 games or so. Their starting five ranks among the best (and most used) in the NBA right now, and they're doubly scary when they are able to get out in transition with John Wall.

All signs point toward the New Orleans Pelicans losing this game. But their defense has been solid for much of this season, and they have stoppers in Jrue Holiday, Anthony Davis and Solomon Hill who can make like difficult on some of the Wizards' top scorers—including Bradley Beal and Wall.

If the Pelicans can even slightly disrupt the Wall-to-rolling slasher connection the Wizards try to milk on offense, which they use to create easy looks at the rim or find orbiting snipers dotting the arc, this game should go down to the wire. 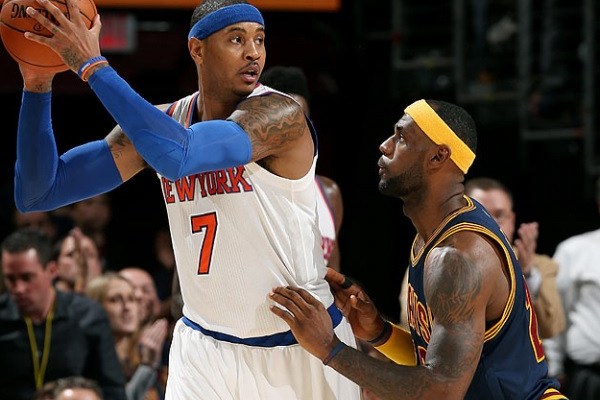 That the Cleveland Cavaliers aren't favored by a bajillion points is a harbinger of just how much they have been struggling in recent weeks. They are playing down to the level of their inferior opponents, and it looks like the heavy workload is starting to get to the aging, albeit still spectacular LeBron James.

It doesn't help the Cavaliers that Kevin Love is dealing with back spasms, or that the bench lacks a measurable playmaking punch. They need someone to pick up ball-handling responsibilities when neither Kyrie Irving nor LeBron James are on the floor. And while it's very rare that both of those two are watching from the bench, it does happen, during which time Cleveland is highly susceptible to fits of anemia.

Still, let's not make this complicated when it doesn't need to be: The New York Knicks are a crap basketball team. Even their recent stretch of competence has featured a 3-4 record and relative inability to execute down the stretch.

You're free to roll the dice if you truly believe in the Knicks' performance at home, but we'd recommend passing on this game altogether before you do that.

Betting on games involving the Orlando Magic can be a headache. They are mostly bad on both ends of the court, but they have these nights when they randomly explode on offense, lock down on defense or do both at the same time.

Case in point: The Magic's Friday night win over the Toronto Raptors, a victory no one in their right mind saw coming.

But are we actually going to bank on the Magic have two consecutive good games about Eastern Conference dark horses? Absolutely not.

The Atlanta Hawks' defense should be good enough to gum up the Magic's already-clumpy offense, and their ball movement on the more glamorous side should end up being too much for Orlando's inconsistent fortress to handle.

Well hot damn, the Milwaukee Bucks have not been good of late. Their defense is cracking, the absence of spacing on the offensive end is beginning to kill them, and superhuman superstar Giannis Antetokounmpo is seeing more challenging defensive schemes being thrown at him.

In a vacuum, though, the Bucks are better than the Phoenix Suns, who are not particularly efficient in either department.

Though the Suns can sometimes get to opponents when they're running up and down the floor, the Bucks aren't in need of length or speed. They can combat Phoenix's preferred play style fairly easily and should be able to pick up a decided—not to mention much-needed—win on the road.

Draymond Green might not play. Ditto for Shaun Livingston. We already know David West is out. Zaza Pachulia, too.

Should we, perhaps, worry about the Golden State Warriors covering the spread? How about actually losing?

Excuse me while I go laugh at the notion.

The "short-handed" Warriors beat the Los Angeles Clippers, sans Chris Paul, by 13 points on Thursday night. They aren't going to have any issue dispatching a Sacramento Kings team that sorely misses the injured Rudy Gay, who is done for the season after suffering an Achilles injury.

Plenty of Warriors fans should show up for a game in Sacramento, so home-court advantage doesn't come into play here. If the Warriors win this game by less than 15 points, it'll be a genuine surprise.