Sidney Crosby is one point away from joining elite company. His next goal or assist will give the Pittsburgh Penguins captain 1,000 career points, the latest milestone along Sid The Kid’s steady path toward a Hall of Fame induction. 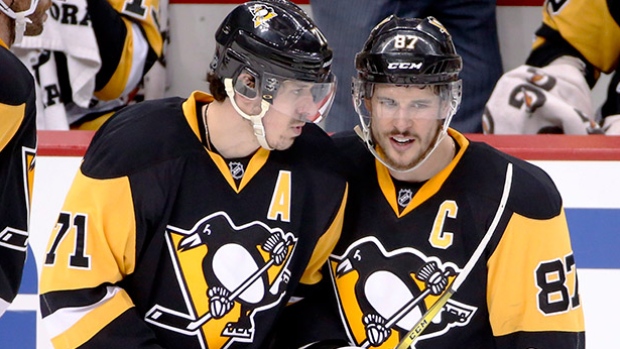 With 368-631-999 totals, the next point by Sidney Crosby will make the Penguins captain the 86th NHL player with 1,000 career points and the third to reach the milestone this season, following Washington's Alex Ovechkin and Vancouver's Henrik Sedin.

Matt Murray turned in a 29-save shutout as Pittsburgh beat Vancouver 4-0 Tuesday to improve to 5-0-2 in their last seven games. Murray reached the 30-win plateau in 44 career games, tied for the fourth fastest in NHL history.

Jets forward Patrik Laine recorded his third hat-trick of the season in Tuesday's 5-2 win over Dallas, as the Jets ended an 0-4 skid.

Laine ranks second among rookies with 26-21-47 totals and he became the first NHL rookie to register three hat tricks in a season since Teemu Selanne (five) and Eric Lindros (three) in 1992-93. 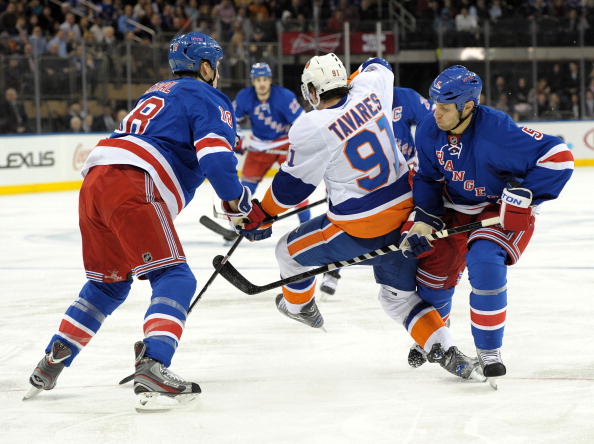 Coming off their worst loss since Doug Weight replaced Jack Capuano as coach, the Islanders run directly into the buzz saw that is the NHL's hottest team. The Rangers have won six in a row and have shown an ability to succeed in tight quarters, earning four of those victories by one-goal margins.

Rangers forward Kevin Hayes has six points (2-4-6) in four games since returning from a knee injury. The Rangers (19-7-0) lead the NHL in road victories. Has rookie Jimmy Vesey hit the wall? The Rangers' prize off-season addition has two goals in 17 games and three in 26 games.

Weight called Tuesday's 7-1 loss at Toronto a humbling defeat. The six-goal margin was the Islanders' worst setback of the season. More significantly, the Isles fell three points back of the Leafs for the final Eastern Conference playoff spot. 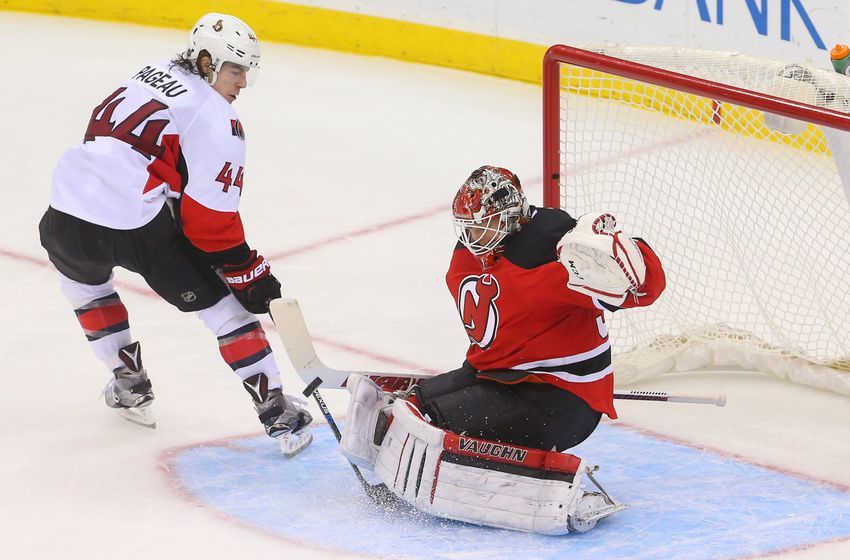 For just the third time all season, the Senators carried a lead into the third period and didn't come away with the win, falling 3-2 to Buffalo on Tuesday to drop to 0-6-2 in their last eight games against the Sabres.

Ottawa will play six of its next seven games on the road. The Senators sit six points back of the Atlantic Division-leading Montreal Canadiens but hold four games in hand.

Kyle Palmieri scored the 20th game-winning goal of his NHL career as the Devils beat the Colorado Avalanche 3-2 on Tuesday and improved to 4-1-1 in their last six contests.

New Jersey sits five points out of the playoffs and Toronto, the eighth seed in the East, holds a game in hand on the Devils. New Jersey's fourth line of Stefan Noesen, Pavel Zacha and Jacob Josefson has six goals and 14 points in the last seven games. 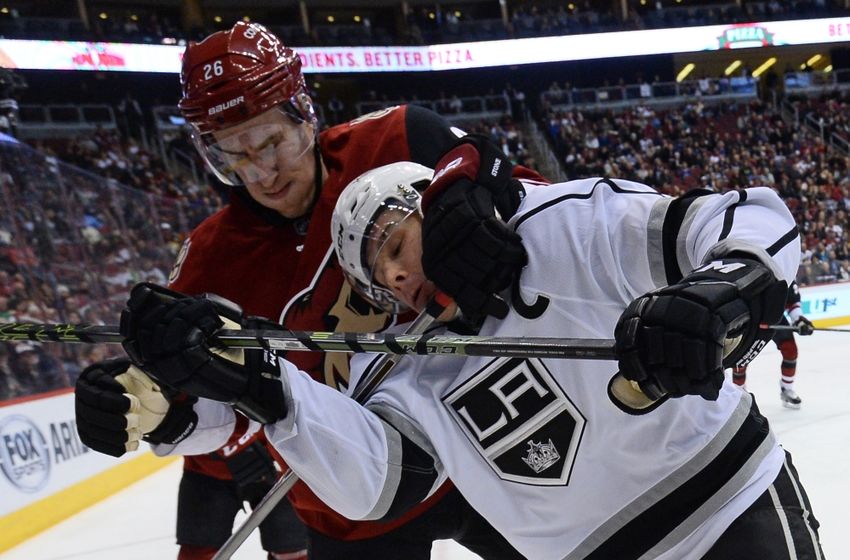 The Kings have won both meetings with the Coyotes this season, have taken three straight and four of five from Arizona. The Los Angeles penalty kill has successfully defended 26 consecutive power plays.

The Kings traded depth defenseman Tom Gilbert to the Washington Capitals on Tuesday for a conditional fifth round draft pick. Veteran forward Devin Setoguchi cleared waivers and was assigned to AHL Ontario.

The Coyotes are 6-3-1 in their last 10 games but lost 5-2 Tuesday at Edmonton and are tied for last in the NHL with seven road victories. Arizona is 1-7-1 in its last nine games away from home.