There's a busy slate of NHL action Sunday, and these are the games you'll want to watch, with odds provided courtesy of BetOnline.ag: 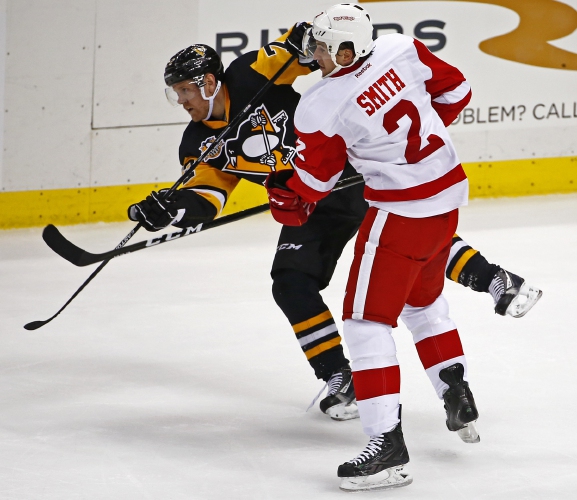 The Red Wings did the Penguins a favor Saturday, hanging on for a 3-2 shootout win over the Metropolitan Division-leading Washington Capitals while the Penguins enjoyed a day of rest after their 2-1 overtime win Friday over the Columbus Blue Jackets.

The victory ended a four-game losing streak for the Red Wings, as well as their 0-4-1 winless skid. Detroit is now 7-0 in the shootout. Thomas Vanek is five-for-five in the shootout this season. The Wings are 1-1 against the Penguins, including a 5-3 loss Dec. 3 at Pittsburgh. The Penguins are on a nine-game point streak (6-0-3). 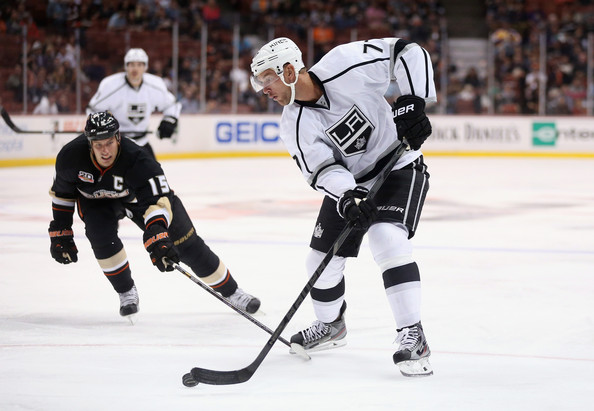 The 763 consecutive game streak by Ducks forward Andrew Cogliano is the fifth-longest in NHL history and the longest in the league in the past 23 years. The Kings (1,661) and Ducks (1,554) rank 1-2 in the NHL in hits.

Ducks center Antoine Vermette, second in the NHL in faceoff win percentage (62.4), will sit out the second of a 10-game league suspension for abuse of officials. Kings coach Darryl Sutter is one win away from tying Andy Murray (215) for the most victories in franchise history. 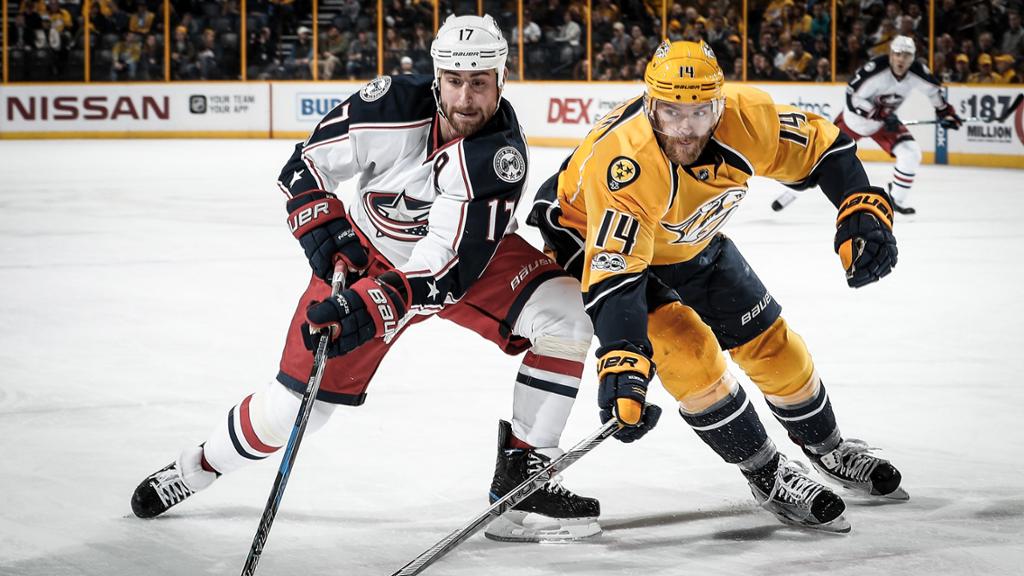 In his 675th NHL games, Blue Jackets forward Brandon Dubinsky scored the first overtime goal of his career in Friday's huge 2-1 win over Pittsburgh. Columbus goalie Sergei Bobrovsky is 31-12-3 this season with a 2.17 GAA, .926 save percentage and three shutouts. The Blue Jackets are 7-1-2 against the Central Division this season. Forward Lukas Sedlak left Friday's win with a lower body injury.

The Predators toppled the Blue Jackets 4-3 in Nashville on Jan. 26, getting two goals from Craig Smith in the win. Nashville is 55-19-7 all-time against the Blue Jackets, including a 22-14-3 slate at Columbus.

They've won four of the last five meetings between the two teams and two in a row. Nashville is 5-3-1 in the second half of back-to-back games this season. 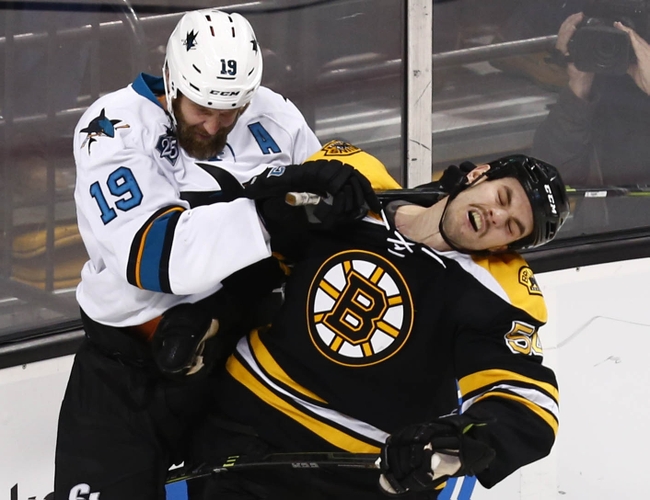 The Sharks are a solid 8-3-2 against Atlantic Division opponents this season but did lose 6-3 to the Bruins on Feb. 9 in Bruce Cassidy's debut as Bruins interim head coach and are 0-1-2 in their last three games versus Atlantic opposition. It's also been a rough go of late for San Jose in the Shark Tank, where they are 1-1-2 in their last four games.

Coming off a five-day rest from their bye week, the Bruins are 3-0 since Cassidy replaced Claude Julien behind the bench. The Bruins have averaged 3.27 goals per game in their last 22 games after scoring at a 2.36 clip over their first 36 games of the season. Bruins forward Patrice Bergeron had 1-3-4 totals in that Feb. 9 win over San Jose and has recorded 21 points in his last 18 games.