With the NHL trade deadline 48 hours away, this is the last game for most of these teams to determine whether to get into the sweepstakes and try and upgrade their personnel to make a run at a Stanley Cup title. 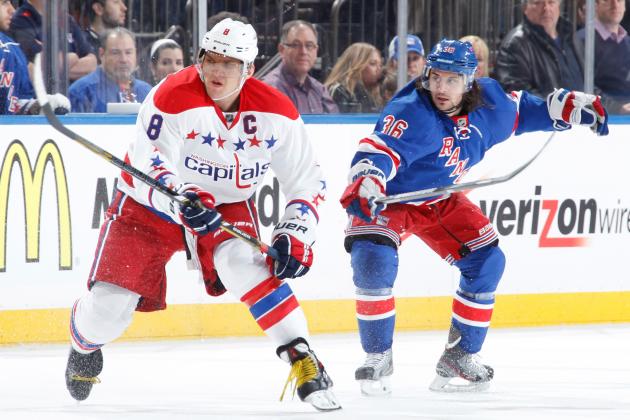 The NHL-leading Capitals have been treading water since returning from their week-long NHL bye week, going 2-2-1, including a 2-1 loss to the Rangers Feb. 19 at Madison Square Garden.

The next win for Barry Trotz will be the 700th in the NHL for the Washington coach. The Capitals are 35-5-4 when they score first.

The Capitals have allowed two goals or fewer in a league-leading 39 games this season and have posted a 31-2-6 record in those games.

The Rangers are 13-9-0 against Metropolitan Division opponents. The Rangers are 7-0-1 in one-goal games during February. Rangers forward J.T. Miller has points in 18 of his last 25 games. 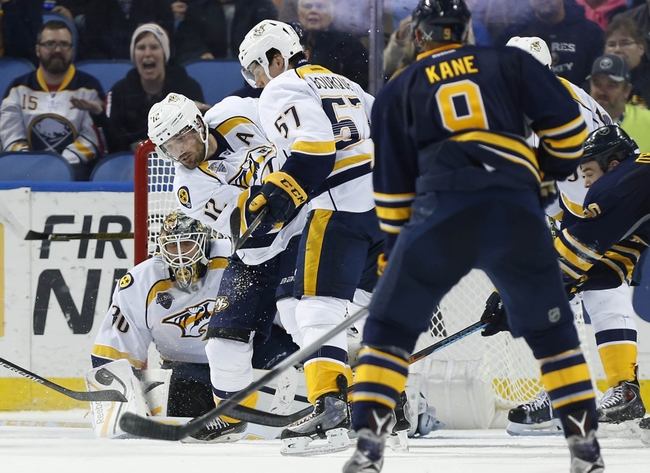 The hottest player in the NHL right now is Predators forward Filip Forsberg. He has scored goals in four straight games, netting hat tricks in two of those games, and has at least three points in three of his last four games.

Forsberg became the first player in franchise history to score eight goals in a span of four consecutive games and the first on any team to do so since San Jose’s Patrick Marleau from Jan. 20-26, 2013.

With Forsberg leading the way, Nashville is widening the gap between itself and St. Louis for third spot in the Central Division. 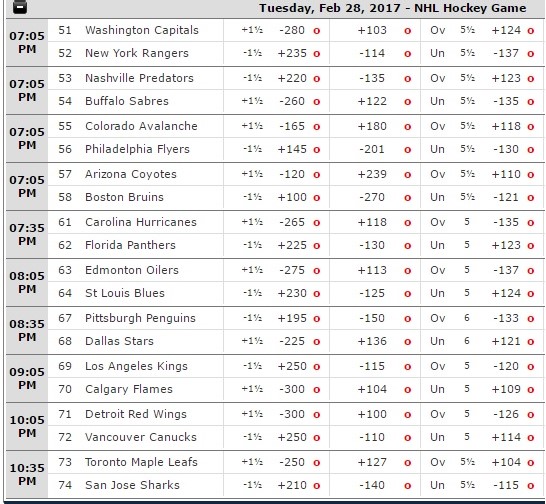 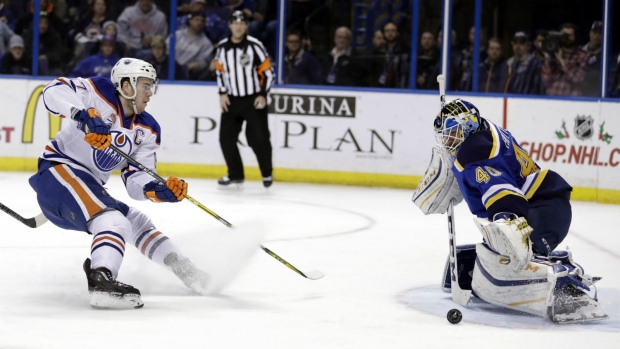 Oilers captain Connor McDavid is the first NHL player to eclipse the 70-point mark this season but the rest of the team is struggling. Edmonton has lost two in a row and three of four and are just 5-6 in February. The Oilers have been held to one goal or fewer in five games this month.

The Blues have also hit the skids after a promising start under new coach Mike Yeo and have now lost three in a row. St. Louis is 2-6 in its last eight home games. 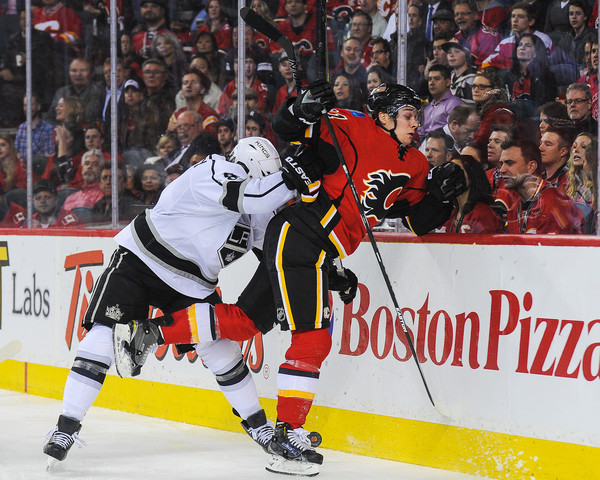 If you are looking for the real reason why the Kings acquired goalie Ben Bishop when Jonathan Quick was back from the lower body injury that halted his season since opening night, look no further than the schedule.

Battling for a playoff spot, Los Angeles play five sets of back-to-back games in the last 21 games, including this one, the second half of a two games in two nights scenario. It will be handy to have two No. 1 netminders when they must win most every game.

This is definitely a must-win situation for L.A.

The Flames hold one of the two Western Conference wild card playoff spots and the Kings need to catch them, though it won't be easily done. NHL first star of the week Johnny Gaudreau (2-1-3) factored on all three goals as the Flames beat Carolina 3-1 Sunday to complete a 4-0-1 road trip. The Flames extended their point streak to six games (5-0-1), including four consecutive wins.