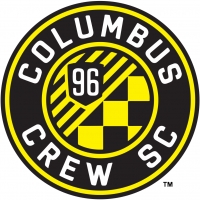 Columbus Crew SC, who have been around since the MLS was formed in 1996, are also affectionately known as “The Black and Gold.” Playing out of the Mapfre Stadium, Crew have one MLS Cup, their victory coming in 2008. They narrowly missed out on a second trophy by losing in the 2015 final to Portland Timbers. In Gregg Berhalter, Columbus Crew SC have a good coach that can draw upon his vast experienced as a defender for the US national team to steer the team in the right direction.   [+]

Under Behalter’s guidance, the likes of captain Michael Parkhurst and Argentina’s Federico Higuain should continue to shine, as should the wealth of talented players around them, making a playoff spot and a deep run in the MLS Cup in 2017 a real possibility.

Who Do The Columbus Crew Play Next

Find out who Columbus play next and look into how they fare in recent head-to-head battles. Make sure you reference the betting lines to get a better idea of where the value lies.

Do the Columbus Crew have a tough schedule during the next few games, or do they find themselves going into the next couple of matches as firm favorites?

It does not matter how good your team is on paper, it is how they perform on the pitch that counts. How many points do Columbus Crew have and where does that place them?

How To Make Money On Columbus Crew

Columbus Crew SC are not short of firepower and are likely to be high scorers come the end of the season. Federico Higuain will be a key figure in any Columbus success, but there are dozens of soccer pundits out there stating Kei Kamara will shine once more.

Kamara missed out on the MLS Golden Boot to Toronto FC’s Sebastian Giovinco in 2015 despite scoring 22 goals in 35 games. Should he have a similar return in 2017, both he and the Crew will have no problem qualifying for the playoffs.

Crew endured an incredibly disappointing 2016 seaon, failing to make the playoffs by six points. And that was after starting the season like gangbusters. They unraveled in the latter stages of the season, primarily due to their woeful away record. They managed two wins in 17 away fixtures, accumulating only 10 from a possible 51 points. It was the fourth worst away record in the MLS and second worst in the Eastern Conference.

Crew need to win more regularly away to have any chance of qualifying for the playoffs let alone challenging for the MLS Cup. Columbus were much better at home, as you'd imagine, but they weren't proficient enough to make up for the abysmal away form.

Crew had massive difficulties keeping the ball out of their own net, conceding a whopping 58 goals. That was good for second most allowed goals in the league, behind only Orlando SC. As discussed earlier, they're more than competent going forward but defence wins championships. Solidifying their patchy backline is the only way this team will reach the heights expected of them.