There’s nothing like the first round of the Stanley Cup playoffs. Favorites are on edge, recognizing how quickly all that hard work they put in during the regular season can go out the window. Generally, there more upsets in the opening round than in any playoff round.

NHL Round One Odds & Matchup Comparisons 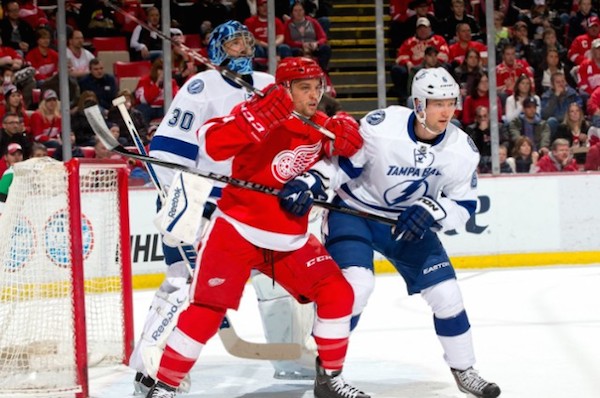 Opportunity is knocking for Detroit, but the Wings will need to get traffic in front of 6-7 Tampa Bay goalie Ben Bishop and find a way to score. With 211 goals, Detroit is the NHL's least potent playoff team. If the Lightning can maintain a strong forecheck on the Wings' defense, they will turn the puck over.

Pick: The Wings in six games.

Another rematch, in fact it's the third straight spring the Penguins and Rangers have met. The Rangers took the previous two sets and are 7-1 in their last eight playoff games against Pittsburgh.

Both teams are banged up. Pittsburgh is without star center Evgeni Malkin (upper body) and goalie Marc-Andre Fleury (concussion), while defenseman Olli Maata (lower body) and goalie Matt Murray, injured in a collision in the season finale, are also questionable, meaning third-stringer Jeff Zatkoff could start between the pipes.

It looks like the Rangers will be minus defensemen Ryan McDonagh (hand) and Dan Girardi (upper body) and forward Eric Staal (head) for at least part of the series. For Pittsburgh to win, Penguins stars Sidney Crosby and Kris Letang must shine, because the Penguins can't match New York's depth.

Pick: The Rangers in seven games.

Goalie Jake Allen (lower body injury) returned to practice for St. Louis but Brian Elliott will open the series in goal. Despite five straight years of first or second-place finishes in the Central Division, St. Louis hasn't won a second-round playoff series since 2001 and have lost in the first round the last three springs. The Blackhawks are playoff hardened, with three Stanley Cup wins since 2010.

Pick: The Blackhawks in six games.

A team viewed as being on the cusp of greatness for years, the Washington Capitals lived up to the that billing during the regular season, winning the Presidents' Trophy. But the core group of this team has never advanced beyond the second round of the playoffs, blowing a 3-1 series lead to the New York Rangers in the second round last season.

And the last time Washington entered the playoffs as the NHL's top regular season team, in 2010, the Capitals were upset in the first round by the Montreal Canadiens. But there's a sense that this team is different - deeper, more savvy, ready for prime time.

The Flyers won't be an easy out. They just kept finding ways to win as the regular season wound down to grab a playoff spot, an outcome that seemed unlikely with a couple of months to go. But is there any gas left in the tank for a playoff run?

Pick: The Capitals in five games. 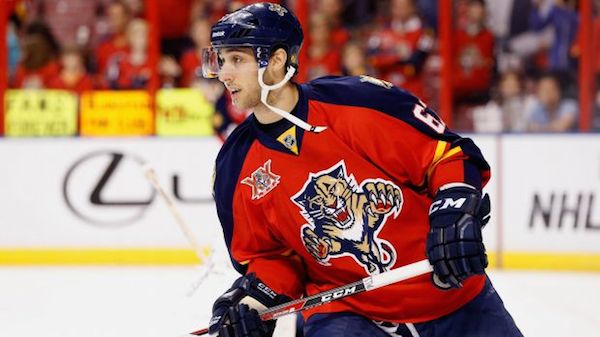 Here we have two teams for whom playoff wins are as rare as locating anyone willing to bet on either team winning the Stanley Cup this spring. The Islanders last won a playoff series in 1993. The Panthers haven't won in the post-season since 1996 and have missed the playoffs in 13 of the past 15 seasons.

But at least the Panthers know who their playoff goalie will be, battle-tested Roberto Luongo, who played in the 2010 Stanley Cup final. With Jaroslav Halak (lower body) out, Thomas Greiss, with one game of Stanley Cup experience, gets the call.

The Isles will also be without steady defender Travis Hamonic (lower body). Both teams can score. Four Isles topped 20 goals and a quarter of Panthers netted 25 each.

Pick: The Panthers in six games. 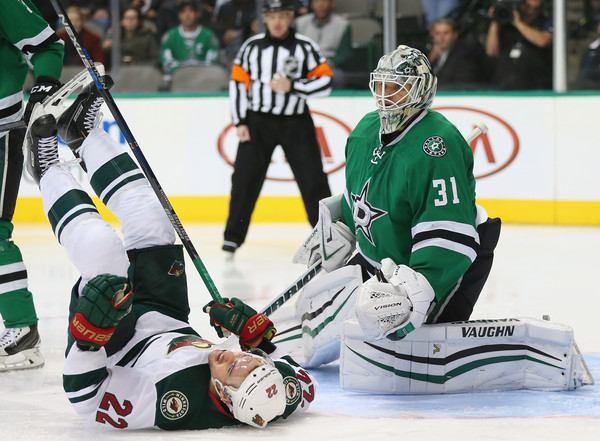 Old meets new, as up until they relocated to Dallas in 1993, the Stars were the Minnesota North Stars. Everyone kept expecting the offensive-minded Stars, who netted an NHL-high 267 goals, to come apart as the games got tighter, but it never happened and they won the title in the rugged Central Division.

They might be missing big scorer Tyler Seguin (achilles) for at least some of this round, but have more than enough shooters to overcome Seguin's absence. But can the Stars' goaltending and defense hold up against the tight-checking Wild, who can smother the life out of a game if they get a lead?

The Wild are the worst team in the playoffs, garnering just 87 points and losing their last five regular-season games. Lacking depth, the Wild are forced to shorten their bench in many games and tend to overplay their stars, a fatal flaw in a long playoff series.

Pick: The Stars in six games.

The last two springs the Sharks made the playoffs, it was the Kings who put an end to their post-season play, both times in seven-game series.

This set should offer a contrast in styles between the rugged, physical, hard to play against Kings and the Sharks, who prefer an up-tempo game and can score goals in bunches. In order to end their L.A. jinx, the Sharks will need to punish the Kings on the power play.

San Jose is deeper at forward, but the Kings hold a slight edge on defense and a significant advantage in goal.

Pick: The Kings in seven games.

The Ducks are the West Coast version of the Washington Capitals, a team awaiting its playoff breakthrough for several years. The Predators, on the other hand, are still trying to display evidence that they are a quality post-season club.

Anaheim's forward depth took a serious hit late in the season with injuries to Brandon Pirri (upper body), Rickard Rakell (appendectomy) and David Perron (shoulder), an element that should have provided them a significant edge.

The addition of Ryan Johansen from Columbus gave Nashville a true No. 1 center, but the Predators aren't as deep down the middle as the Ducks are. Both teams have sensational mobile, puck-moving defenders. You'd think all-star Pekka Rinne would give Nashville an edge in goal but he's won just 15 of 34 Stanley Cup games.

Pick: The Ducks in seven games.